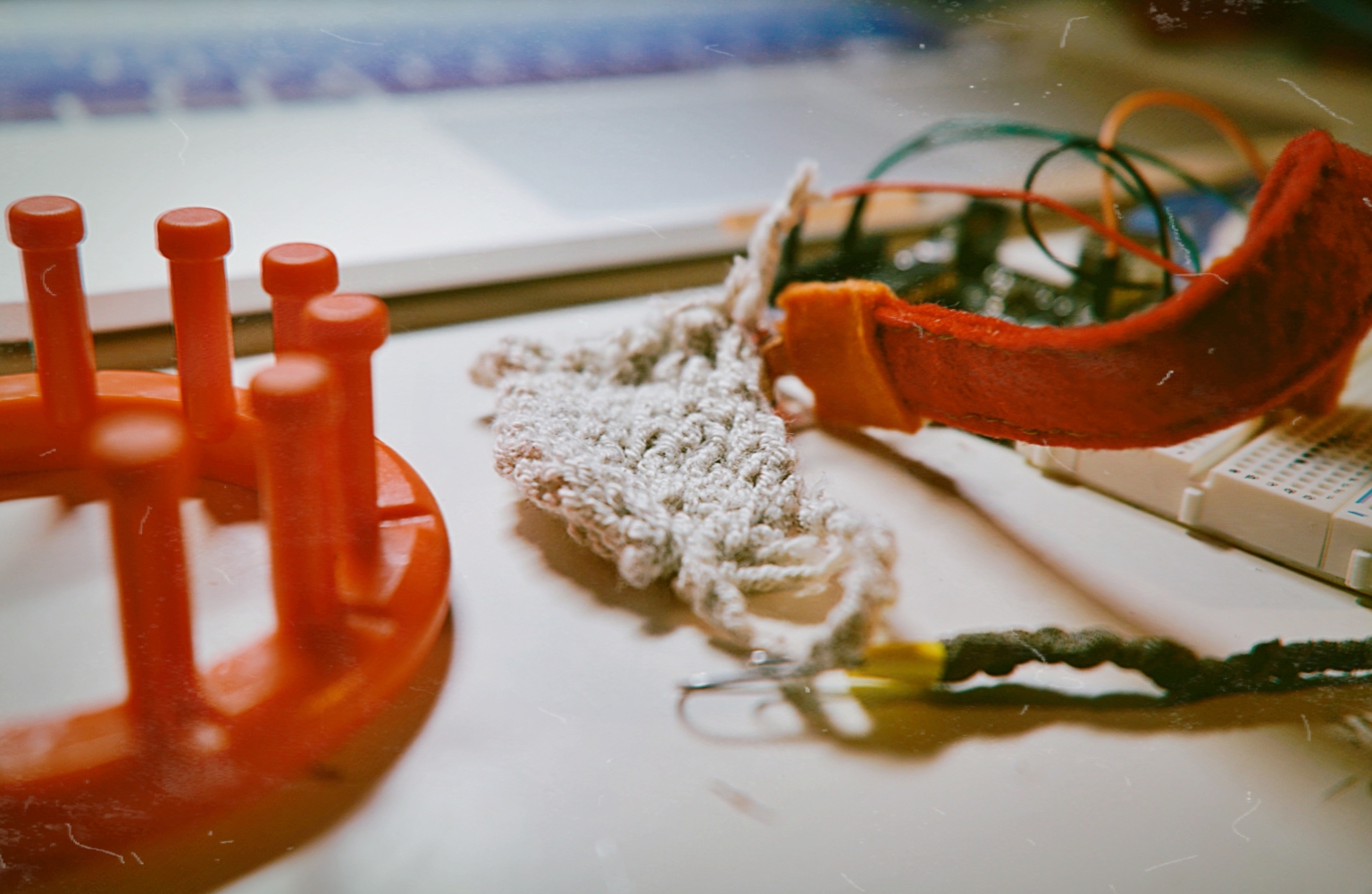 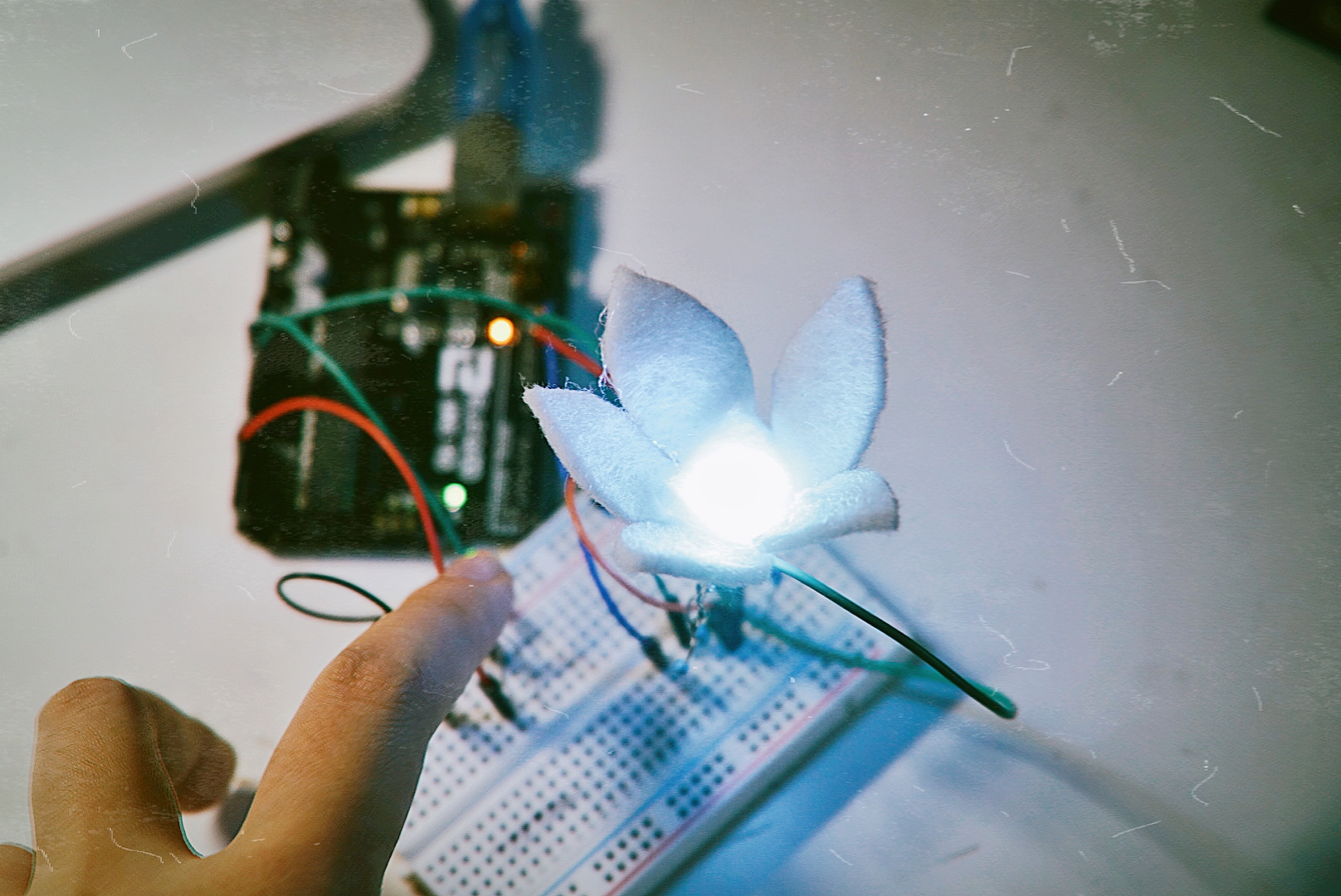 This is a fabric flower made by felt and an RGB LED. I used a photoresistance as the variable to change the color of the LED. Here is the screenshot of the code: 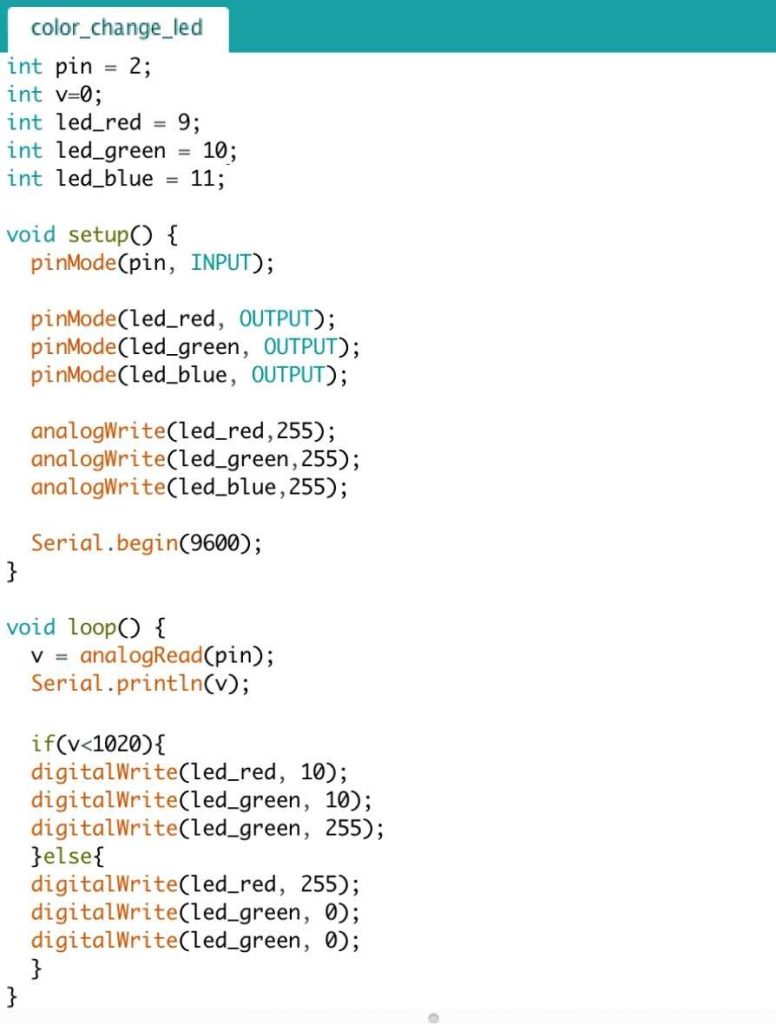 I am going to combine the midterm assignments from New Arcade and Computational Craft. This project will be game design garments that two players can wear and fight each other. The inspiration comes from a traditional Chinese game — Judose. It is a game played by standing on one leg and grasping the other, it is a physically competitive game with one simple rule, to knock your opponent over. The original version of the game is quite violent. What I am going to do is adding conductive fabric and LED instructions to the kneecap. Attacking your competitor on the particular area will cause your competitor to lose his points. The player who loses all the points first is the loser, and the other one is the winner. 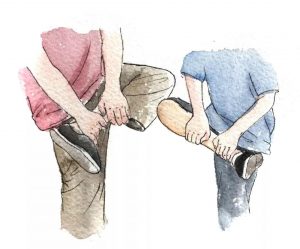 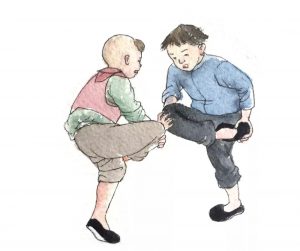