The illustration and the soft circuit I built is based on the story of Alice in the Wonderland. There are four characters: Alice, the rabbit, the mad hatter, and the Cheshire cat. The story was set up in the way that all the characters were gathering around the table. When all the characters were at the right position, the LED in the teacup would be lit up.

I started by arranging the copper tape as the pattern on the carpet, and I made small breaks on each side as a switch for the character to move to the position to turn on. But I underestimated the complexity of arranging the circuit and the power source when it came to two layers. It was a quite struggling process. I took the advice of using thread to connect the copper tape between layers, and I did a little bit of soldering. 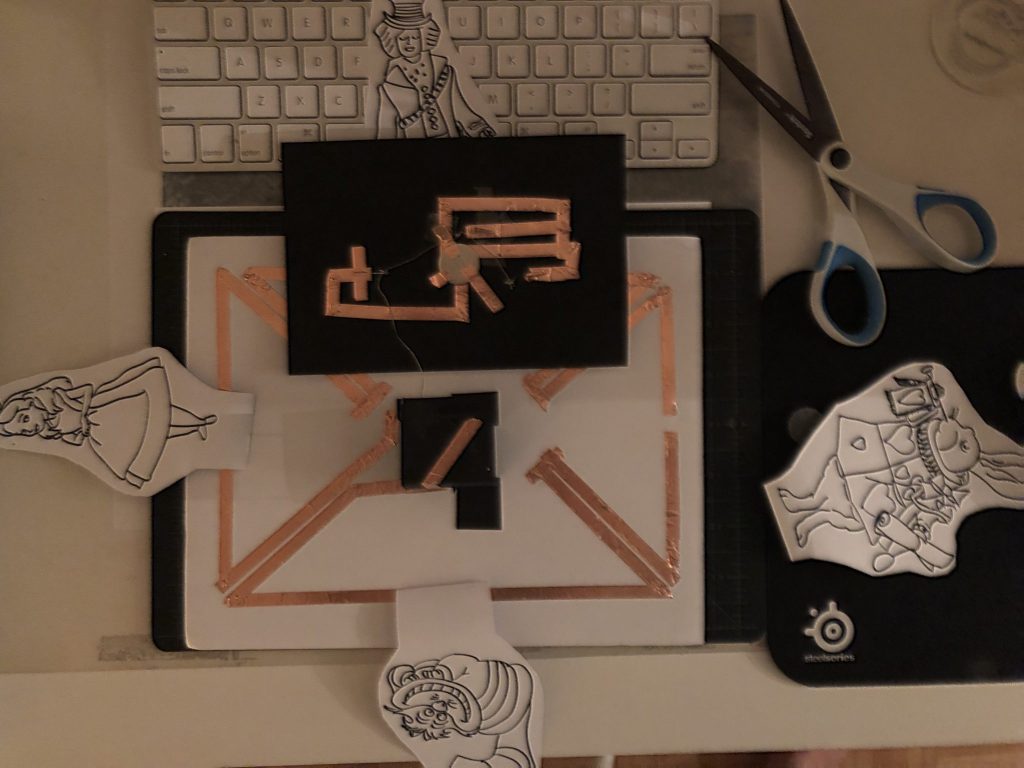