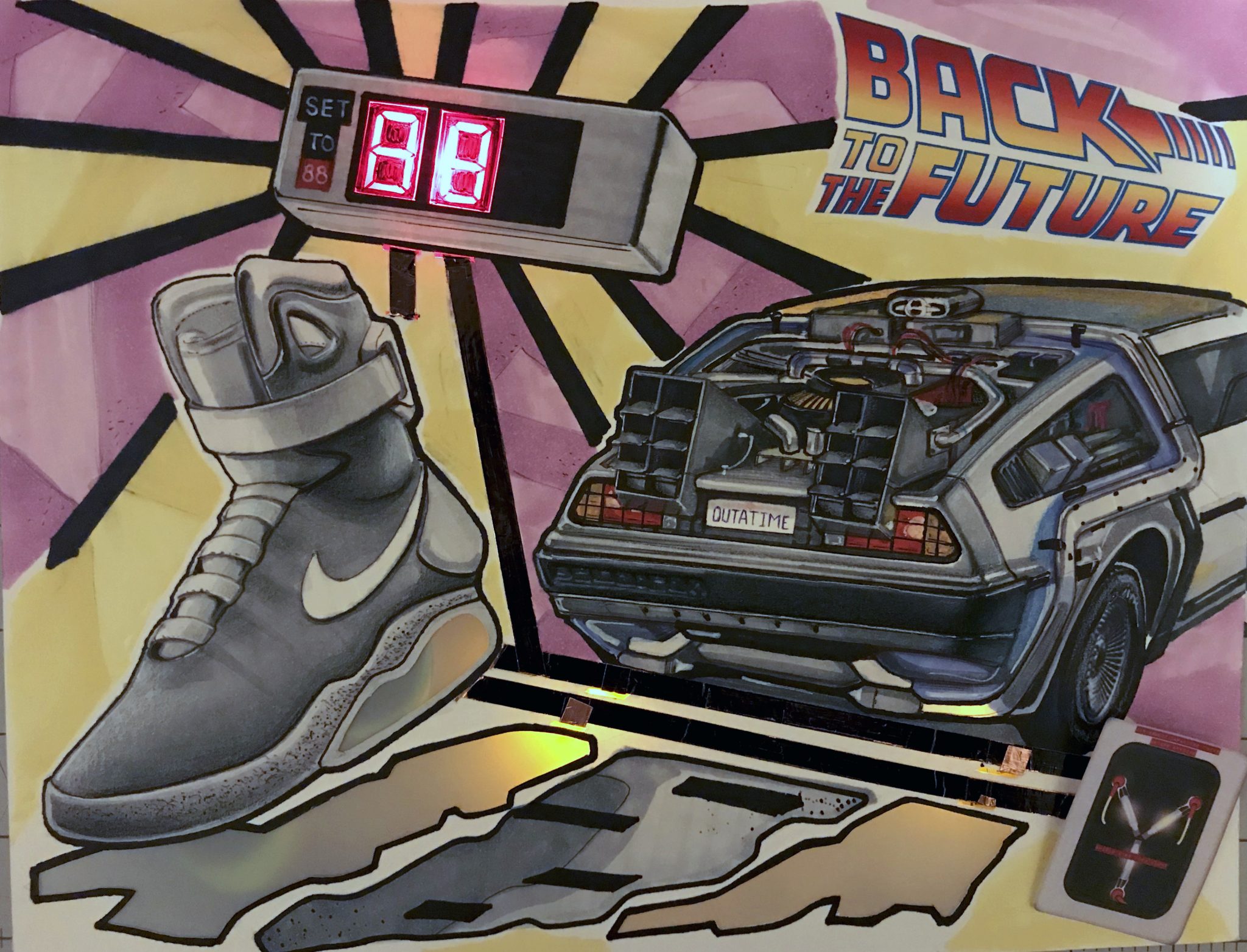 For the activity of this week I picked the famous phrase by -Doc- Dr. Emmett Brown from the Back to the Future movie: “If my calculations are correct, when this baby hits 88 miles per hour… you’re gonna see some serious shit”. I used the LEDs to give the effect of flame coming out of the tires and to create the back light from the speedometer.

I wanted to explore different materials to efficiently diffuse light. I tried painted over the material to add or change the color of the light coming from the LED, and also to obstruct light to represent symbols and numbers( in the case of the 88 speedometer), I took a milky/translucent paper to create a soft light and I also painted on top with black sharpie so the light could be visible only in the spaces I didn’t paint on.

I also experimented painting the cooper tape in black, the tape maintains its conductive properties after it is painted with markers. I wanted to do this to integrate the circuits into the composition of the illustration.

The LEDs are assembled in parallel using cooper tape. I had some issues with keeping the continuity in one portion of the circuit, so I had to use a wire instead. 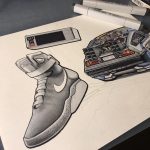 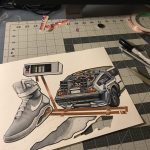 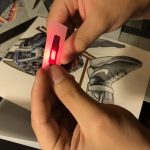 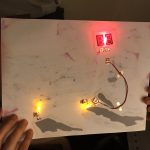 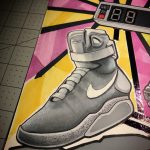