I was so touched when I read the quote

“The little boy robot in Steven Spielberg’s 2001 film ‘A.I. Artificial Intelligence’ wants to be a real boy with all his little metal heart”

in <Outing A.I.: Beyond the Turing Test> by Benjamin Bratton. 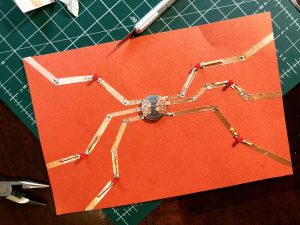 In this project, I want to use the red led light to represent the emotion of love，with the copper tape compose a geometry and electronic-path-like pattern, to abstractly be a metaphor for the metal/ machine-made heart. When you press the battery, the led light up, making diffuse reflection against the pink red paper in the background, mimic the feeling of longing for love.

I explore the effect of how to work with paper and place the led to provoke an emotional vibe and feeling. Also tried to add blue led at the four back corners of the front main paper to mimic a feeling of emit the signal, try to add more feeling of the sense that it’s a non-organic creature.

Started from the very beginning of concept sketching: 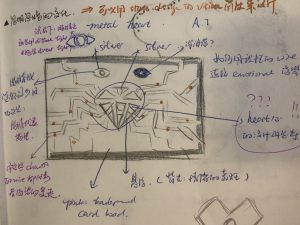 Tried different small scale samples to test the property and effect of the led light, compared with different background colors; 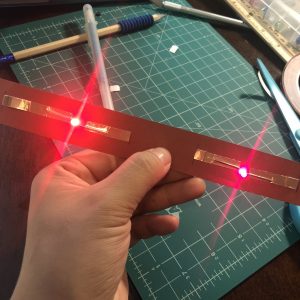 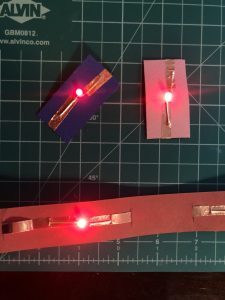 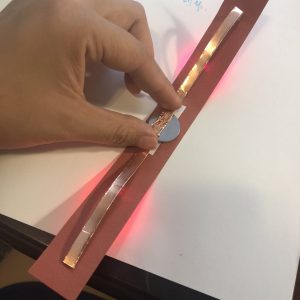 tested how many leds can be powered by one single battery; [it’s fun >▽<] 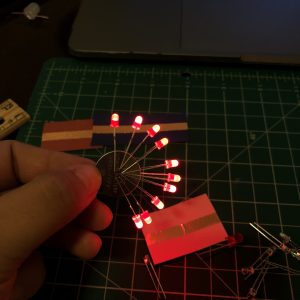 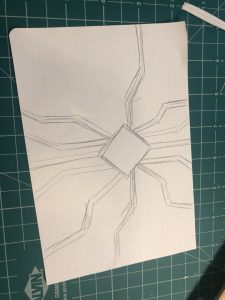 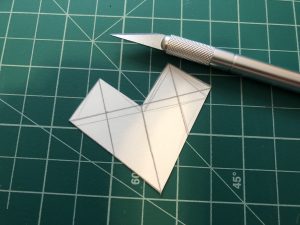 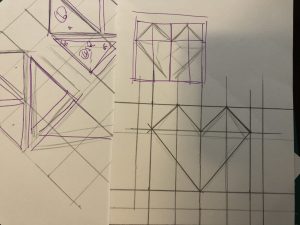 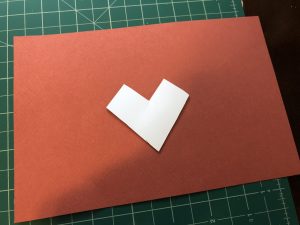 place the led the sketched places: 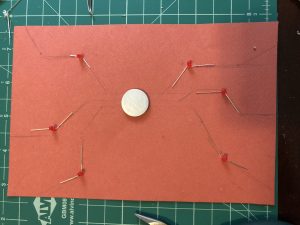 tried out the blue leds: 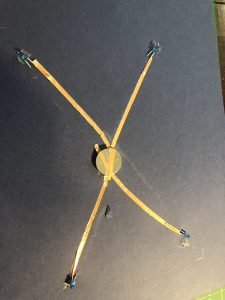 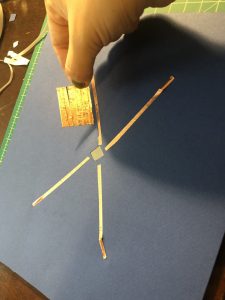 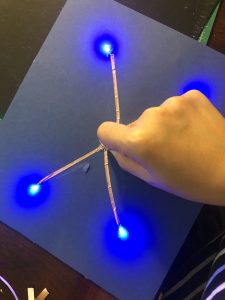