I took a preexisting knit headband and added a capacitive touch sensor to the area that meets the forehead using copper fabric. That way, when someone wears the headband, an LED will turn on, creating a headlamp for running/walking in the park at night during the winter. When the headband is not being worn, a smaller, blue LED will pulse – this is the resting state of my lamp.

The above video shows the Arduino sketch running on a programmed ATTiny. The ATTiny controls two LEDs using a 3V battery and lights these LEDs based on capacitive touch input (the yellow wire that is touched in the video, which then becomes the copper fabric in the headband below). The “resting state” of the circuit/headband is a small, blue LED that pulses over time. When the input is received via the capacitive touch sensor/when the headband is worn, a second LED (10mm bright white) is lit, lighting the headlamp. 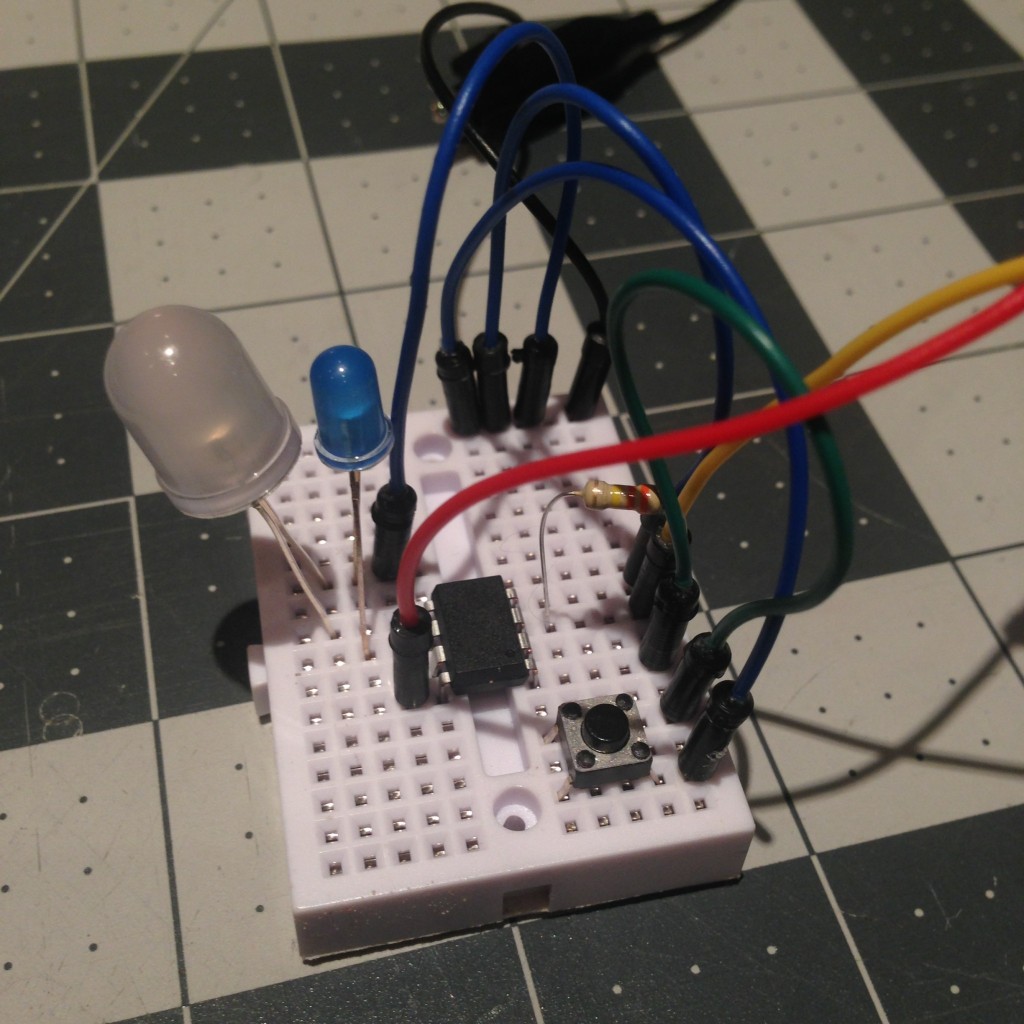 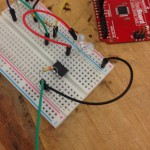 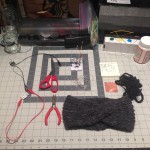 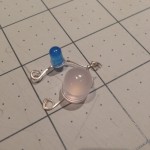 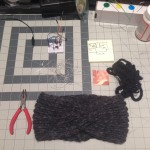 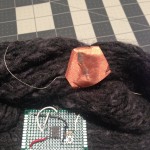 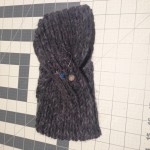 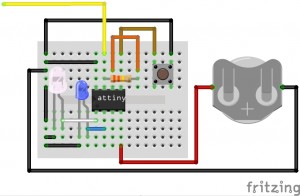 The yellow wire in this diagram connects to a piece of conductive material that – when touched – triggers programmed response (in this case, lights the white LED)