My concept for the final was to create something with sound + speaker. I was interested in alien and monster at the time, so I thought, what if I make the sound as an alien sound? so the person is hearing an alien sound and be able to translate? This got me to start the project. (drawing in the middle)

I was thinking of the movie “minority report,” so my initial plan was to make 360 plastic board and have copper-taped patterns so you can read by having a magnet nearby.. 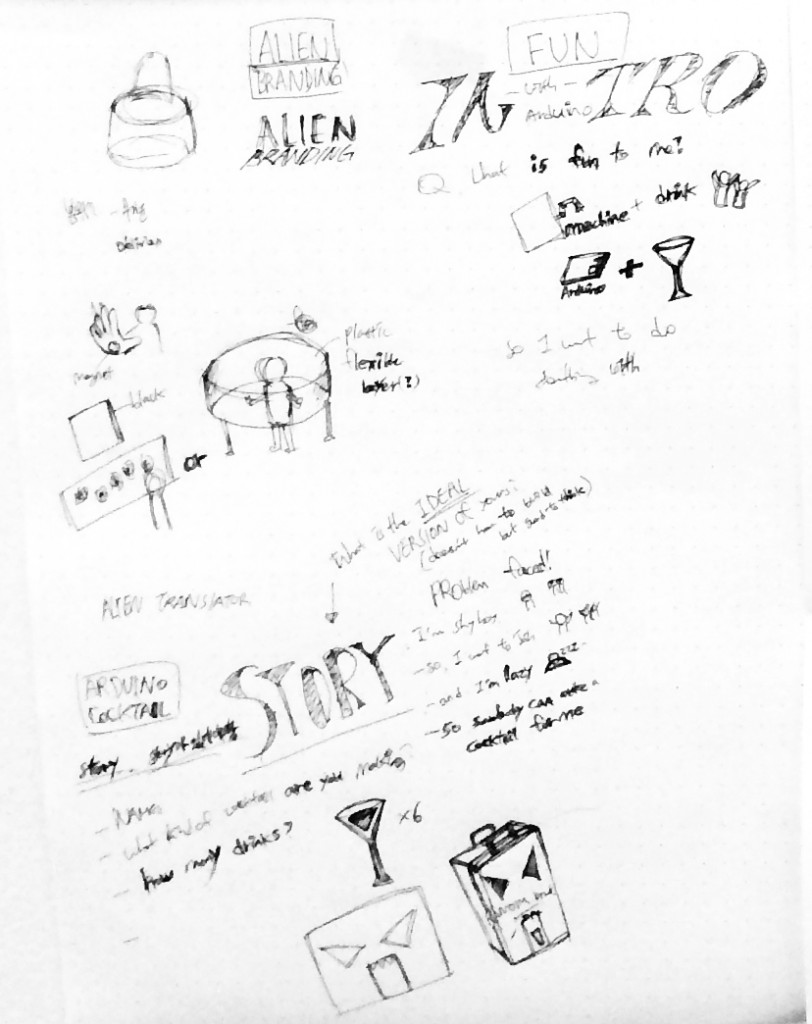 make an alien sound generator, design will be mysterious and secret-looking.

WHO IS THIS FOR? AND WHAT ACTION THEY HAVE TO PERFORM?

it’s for everyone who are interested experiencing alien sounds.

my ultimate goal was to have a glove that has a magnet on the palm and wave the copper-taped pattern so that people can hear the sound by just waving their hands onto the pattern. 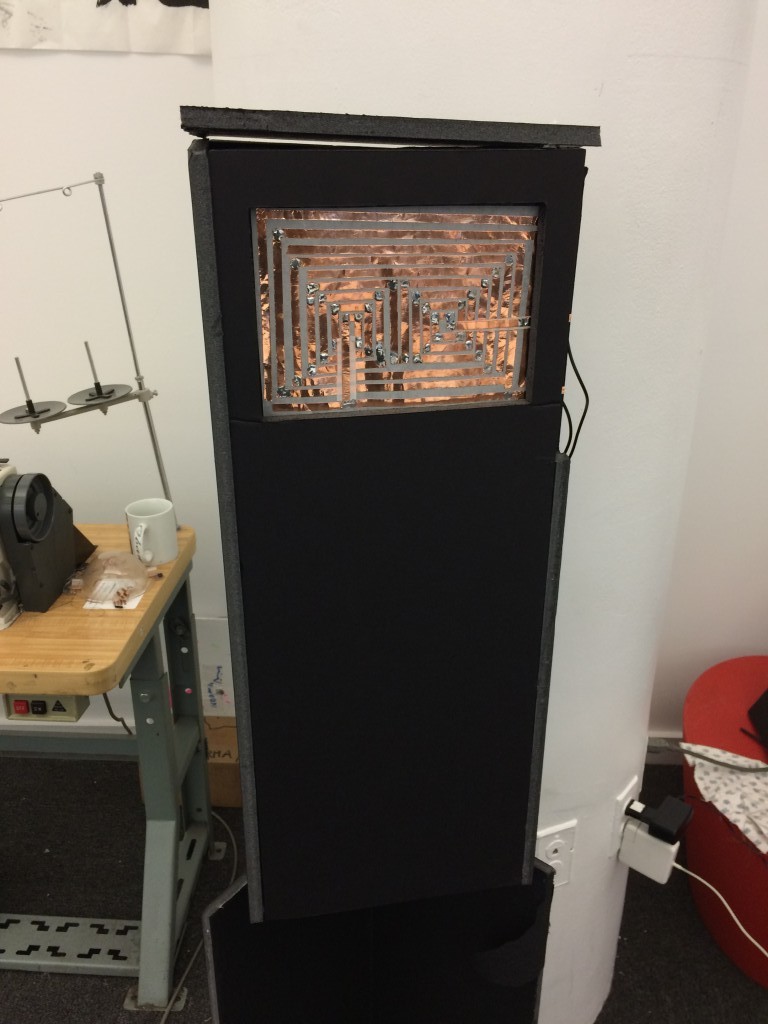 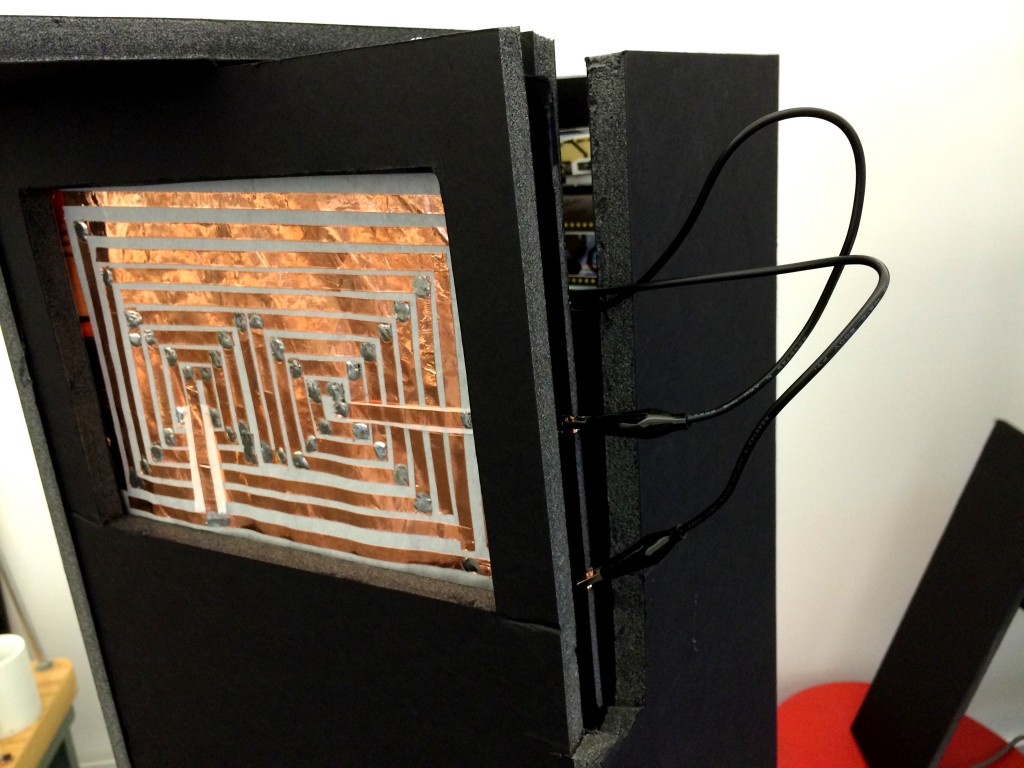 The result is different than what I initially planned, but it came out good. I used the black-colored form board so it looks mysteriously. Also, I made the panels replaceable so you could read and hear the sound with different visuals.

my PDF ! the one that I showed in class (adjusted + added pics)