Ok, I started with the idea that I would paint Kermit and reveal an xray below him. Which would be a hand. Classic puppet joke. So I mixed yellow thermochromic pigment, yellow acrylic paint, blue acrylic paint, and mod podge. Which, as we all learned in kindergarten, makes green. Kermit green. I painted Kermit on top of the skeletal hand and let him dry. 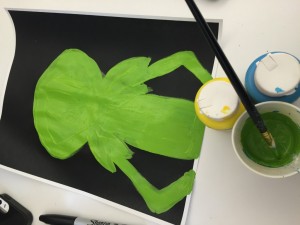 Then I tried it out with the heat gun. No dice. Here’s the problem: the paint wasn’t going anywhere, only the pigment itself would disappear. Lesson learned. Onward! With constraints built in of only having yellow and red available, I made an apple. Beneath the red pigment (mixed with mod podge) was the image of an apple core. Heat it and the apple is eaten. Tried it with the heat gun. Bam. Apple gone, core here. 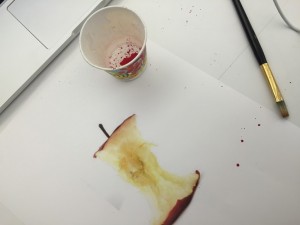 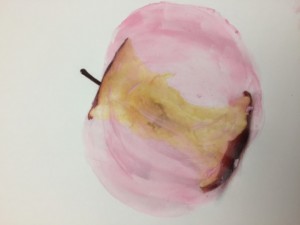 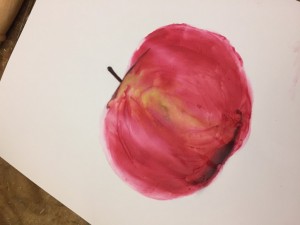 Next! Let’s add the Arduino and a button. Simple, right? No. I wanted to heat the entire area of the apple, so I tried using copper taffeta. Fail. It doesn’t heat it up. Fine, I will sew with conductive thread. Cool? 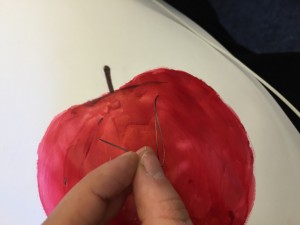 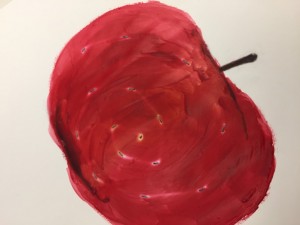 Paper: worked pretty nicely. We found that if the magnets are in more stacks, spreading the surface area, it amplifies better than in one high stack. 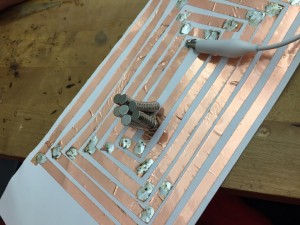 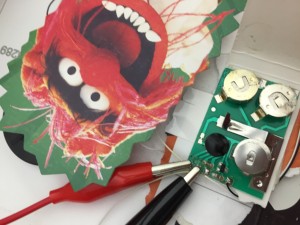 Wood. Not so great, it absorbed too much of the waves. 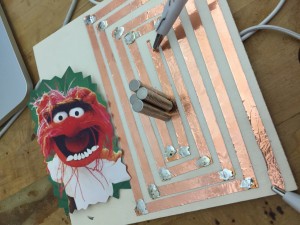 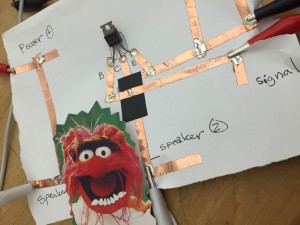 Glitter acrylic. It should be good because it is glitter. It is not, which makes us angry. 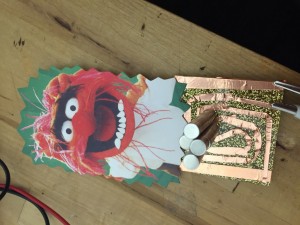 Fingernail. Conductive paint on the fingernail. We were REALLY excited about the possibility of this working. It didn’t. Our dreams are demolished. 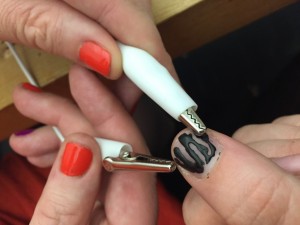 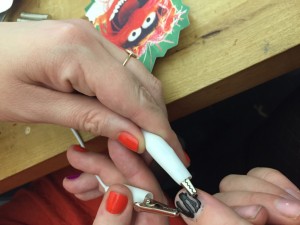 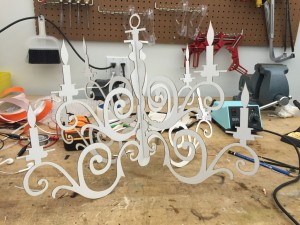 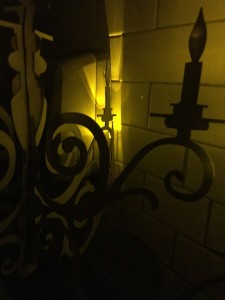 For my lamp, I will be constructing a paper (or maybe plastic!) chandelier. Thus far, I’ve laser cut a few protos for chandeliers. This was the most successful: 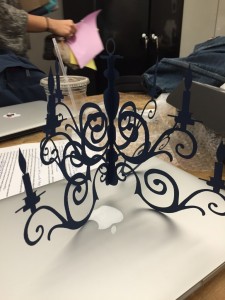 I intend to incorporate choice in the flame section, using different color LEDs for whatever the user is feeling.

I made a hanging hydrangea lamp that mimics breathing in the darkness. It’s based on an Anthro chandelier (that super casually costs $998, no big). Mine is made out of a paper lantern, with two different sized cupcake liners hot glue gunned on (idea from a DIY genius). There’s a purple LED strip inside, on a lilypad, and it uses the metal skeleton of the paper lantern as a switch. It fades in and out, using pwm. 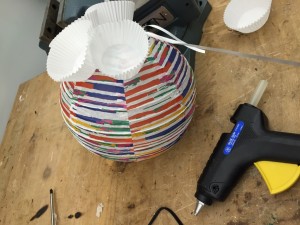 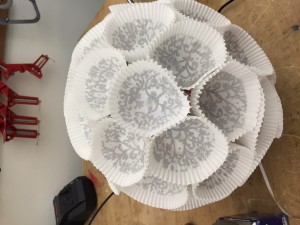 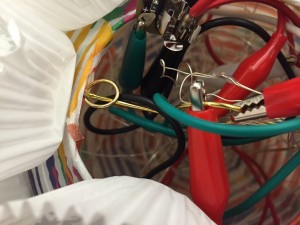 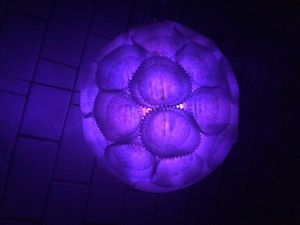 I made pressure sensors using sponge-filled craft stars, velostat, copper tape, wires, leds, coin batteries, solder, and three different types of conductive material (copper taffeta [.05 ohms/sq], metallized nylon [< .02 ohms/sq], and copper tape over paper [.05 ohms/sq]). Before making the stars, I tried those three materials and liquid graphite, pure graphite pencil, bare conductive paint, and the electroinks conductive pen. I couldn’t get it to work with the pencil, paint, or graphite. They were too resistive for the velostat. The conductive pen worked, but it would have needed a much thicker layer to be reliable. Based on the resistance levels, I assumed the taffeta and copper tape would yield the same results, and the nylon would shine brighter. I found the nylon to be the worst, which makes no sense to non-math comprehending brain. 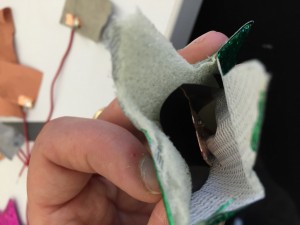 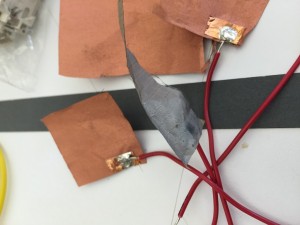 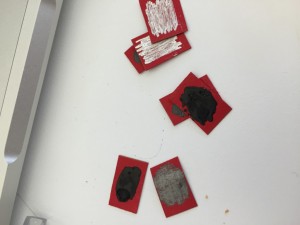 This uses a flint flasher and two pretty cool, highly flammable materials: flash paper and flash cotton. They burn quick and bright, perfect for visual performance. And, you know, to terrify your friends. You can get them at any decent magic store.