Concept
We first imagined a future in which extremely high temperatures outside would require people to live underground, resulting in people needing some form of light. After discussing a number of solutions for this, including the earth’s surface being completely covered in solar panels and providing power for numerous underground communities, we settled on a more low-tech idea of funneling light down into a cave-like structure, using mirrored surfaces.

Process
After some experimentation, we ended up building a large, 7-foot structure that can be altered and changed to accommodate many situations. The structure is built out of wood and is about 6 feet by 6 feet at the bottom and it decreases in size to about 1 foot by 1 foot as it approaches the top, similar to a pyramid. We looked at a number of different shiny materials for the inside of the pyramid and settled on shiny emergency blankets. The way they catch the light is pretty amazing and they also allow light to come through when light is behind them. We covered the entire inside of the pyramid with shiny material.

We then covered the outside in black plastic tarps that were cut to the exact size of each side of the pyramid. We attached the tarps to the top of the structure so that users can roll them up if they want to allow light to come in or leave them down to keep light out.

We also created a small triangular table that housed a projector that projects bright colors and moving shapes. The projector points up and the colors and shapes are reflected around the entire room. A button on the small table allows the user to both start and stop the projections.

The structure has multiple states that allow for different needs. When the sides are rolled down, light is blocked out and the projector can be turned on. We imagined that these future peoples would value and worship light, and pictured them using this structure to hold religious ceremonies.

When the sides are rolled up, the people inside can see outside, but people outside aren’t able to see them. In this state, these people can effectively hide from the outside world, while still feeling a part of it. 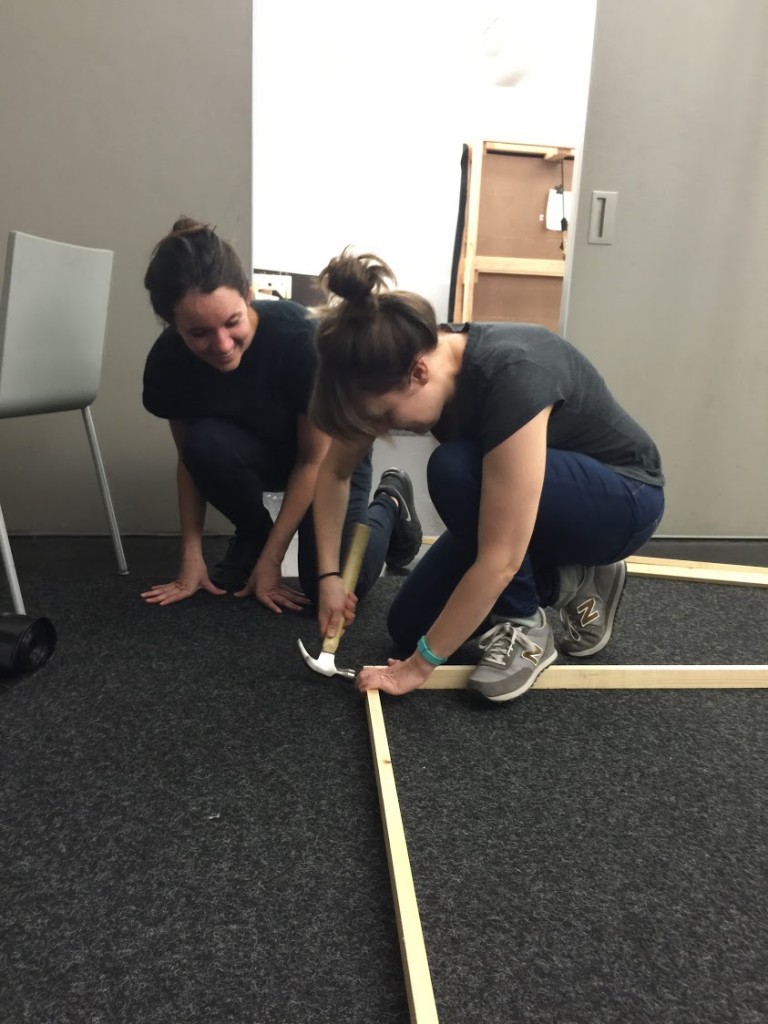 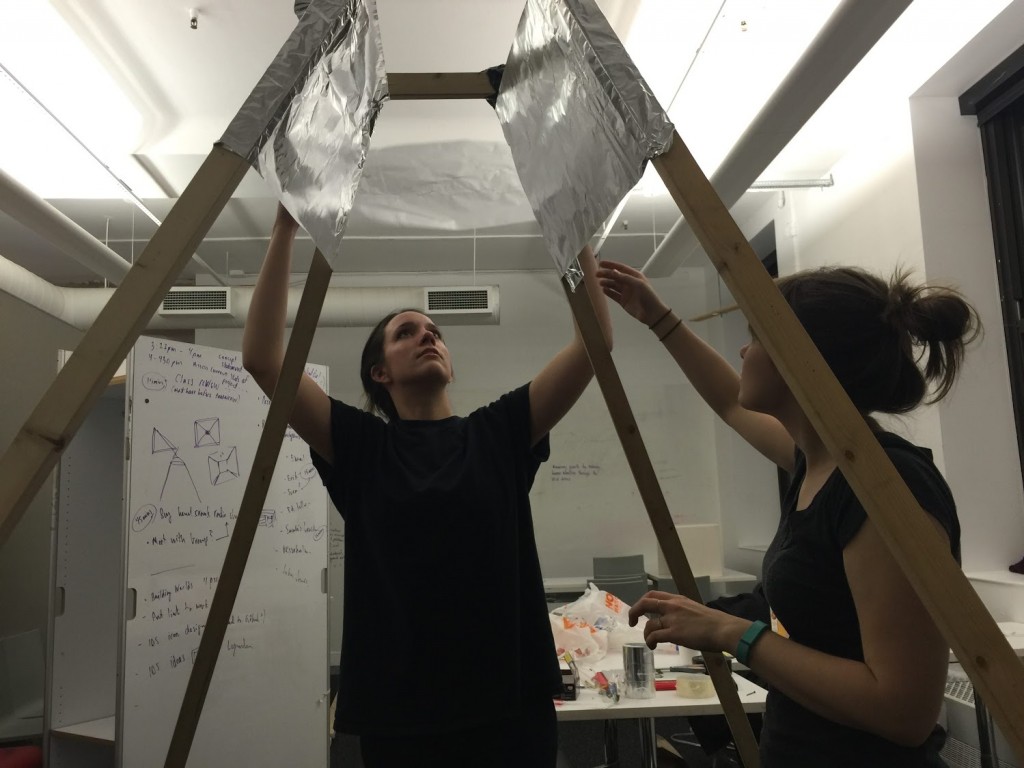 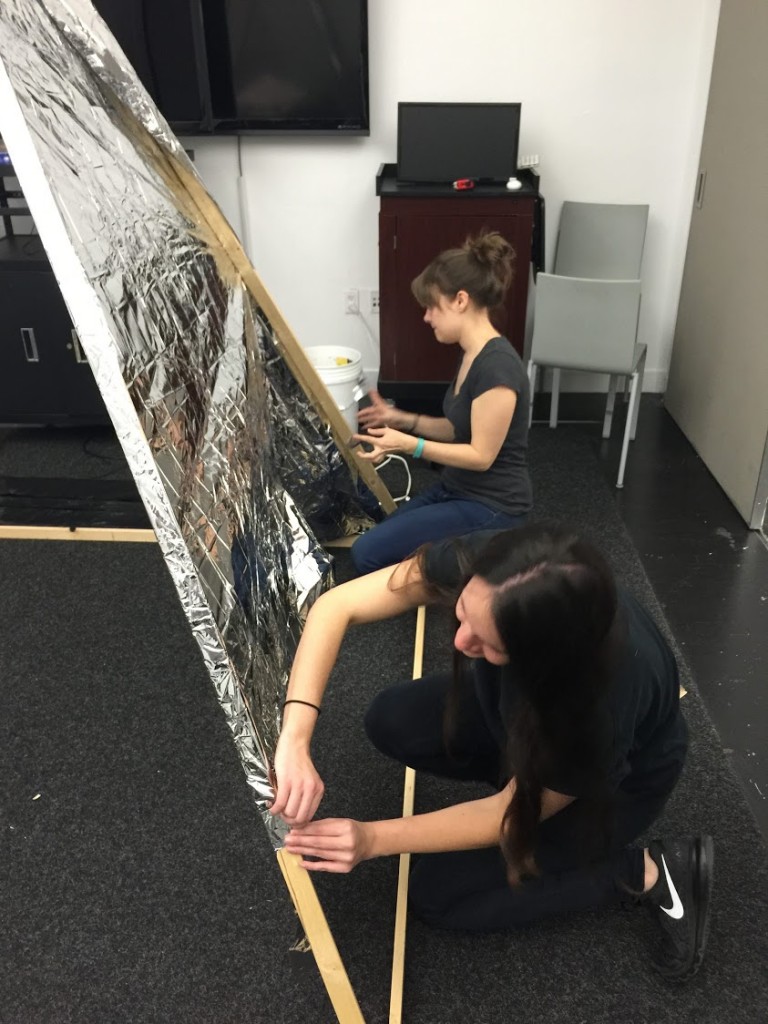 Adding the reflective inside 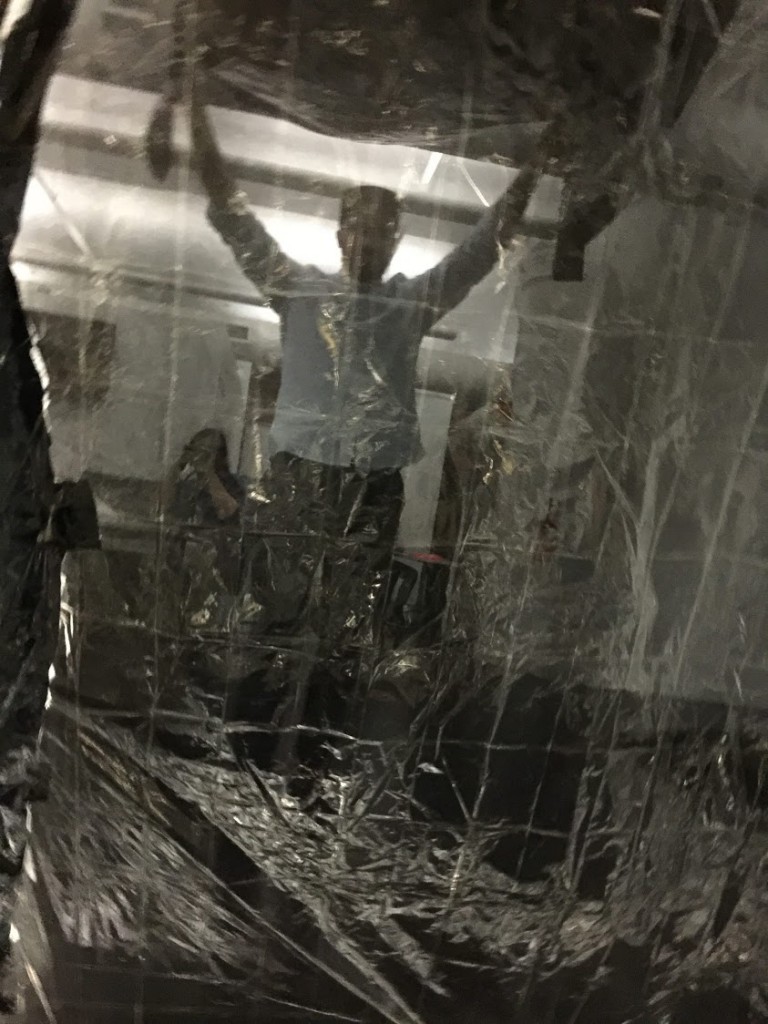 The view from inside

The outside with the black tarps 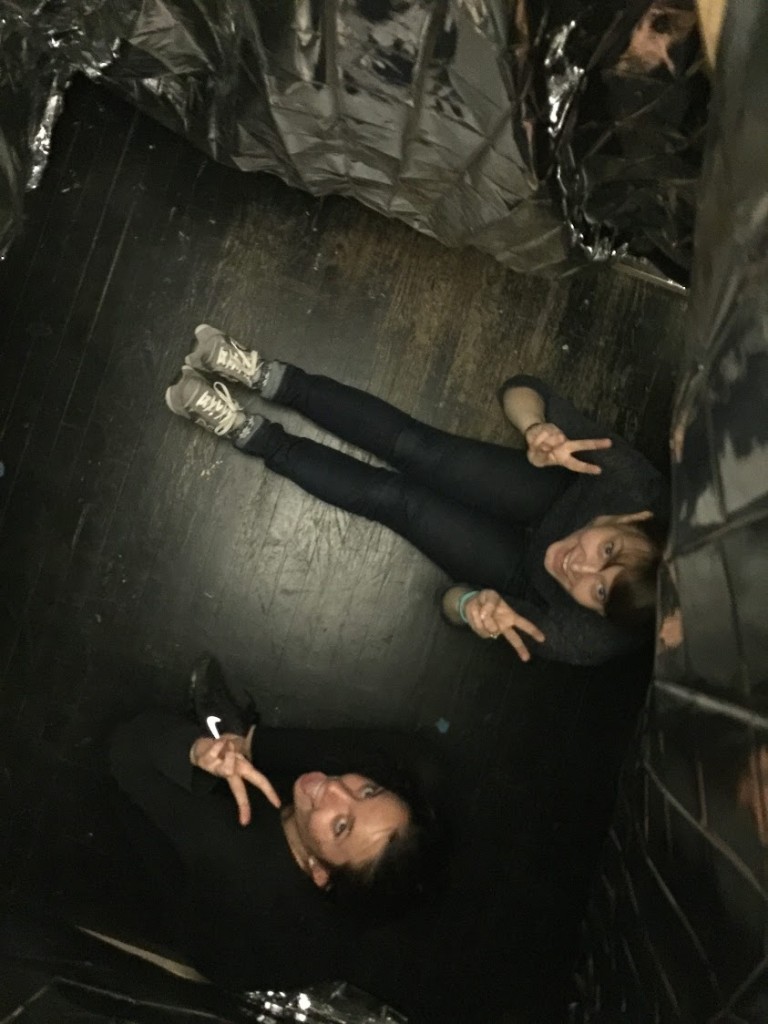 View of the inside without the floor finished. 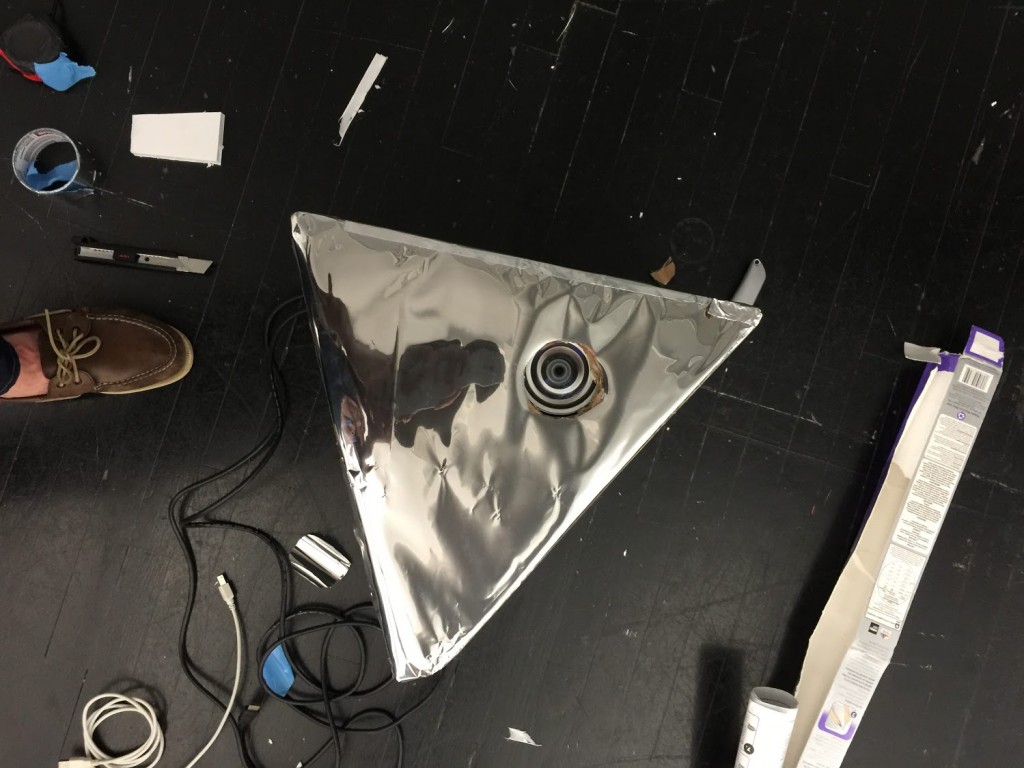 Table that houses the projector and button 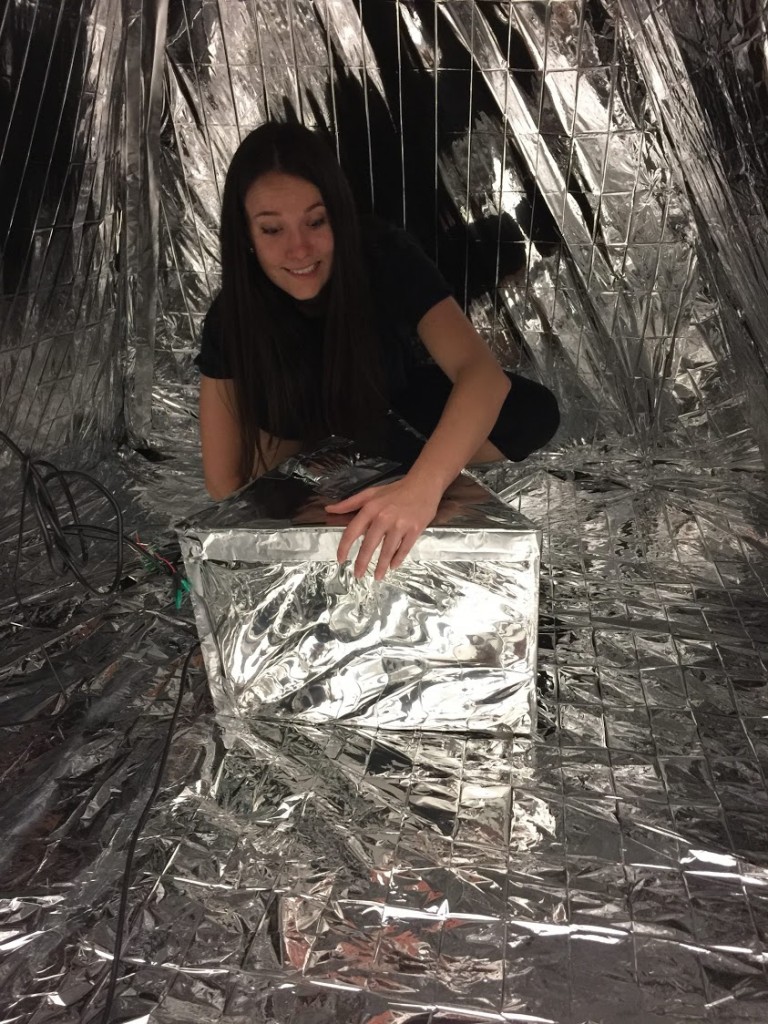 Table installed inside the structure

Video of the effect inside…