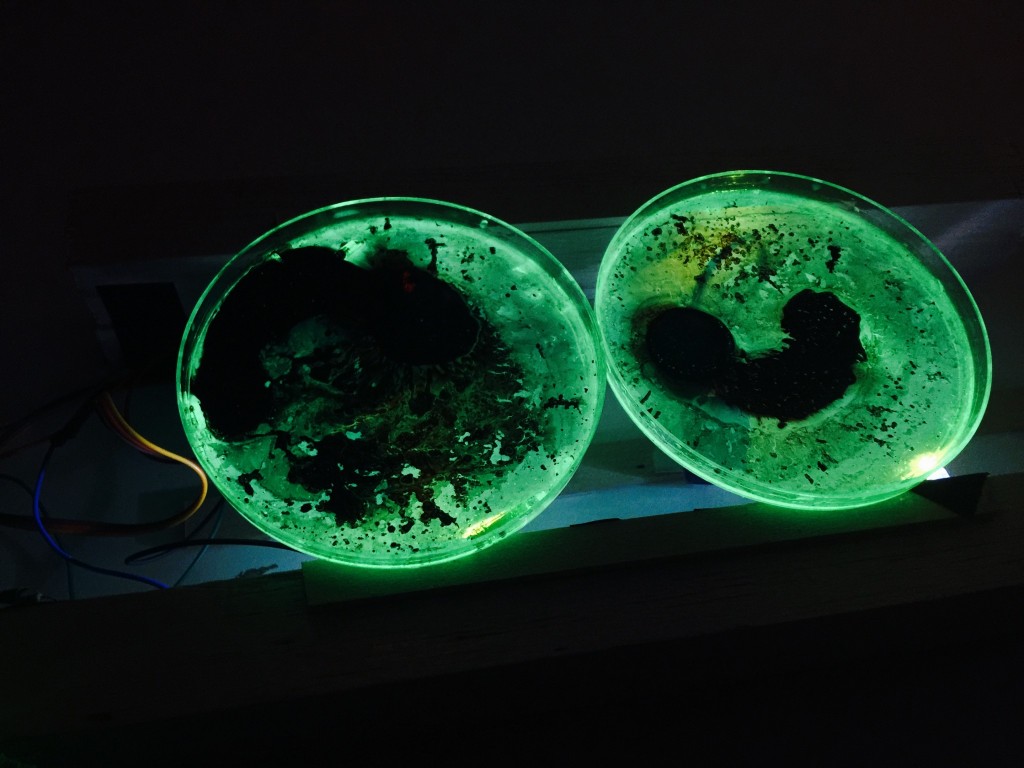 The ability for humans to intervene within nature and redesign it for their needs, combined with the ability of this process to inform future designs represents an exponential relationship. As example: the capacity for technology to facilitate the development of further technology. If this process were to continue it would approach a limit of complexity termed the Singularity.

According to futurist Ray Kurzweil,

“The Singularity will allow us to transcend these limitations of our biological bodies and brains … There will be no distinction, post-Singularity, between human and machine”

We propose the question – In what manner would light be used in a world in which biology is transcended beyond physical form?

We speculate a distant future in which humans have transcended beyond the physical form of the body, though are yet to transcend the materiality of time and space. As such they exist as arrangements of information, in the form of energy suspended in an electromagnetic substrate. Despite the radical reconfigurations of form, the use of light energy is still the most effective means of communication and information transmission.

Within the Buddhist concept of Nirvana, when the passions of desire and ignorance are released the cycle of existence ceases. If such beings were capable of removing the barriers to omniscience via an exponential structuring of information, an analogous condition may be obtained in which desire no longer exists. Using this metaphor we can consider these beings to exist in a state of pre-enlightenment whose only remaining desire is that they wish to achieve a state of release from existence through full knowledge.