For this assignment, I took a passage from my favorite book Where the Wild Things Are? by Maurice Sendak. Instead of taking imagery straight from the book’s illustrations, I decided to put my own spin on the characters.

In the book, Max, who is the main character, gets sent to his room for misbehaving. While in his room, it turned into a jungle. He gets into a boat and travels for what feels like years to an island where the wild things lived. The passage I chose goes:

till Max said ‘BE STILL!’ and tamed them with the magic trick

of staring into all their yellow without blinking once

I started my making process with a sketch of the layout of my composition. I like to work with layers of tracing paper, so i can easily move different elements without having to erase or damaging the paper too much. 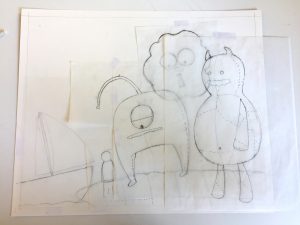 Next, I made a prototype of my circuit. Because the monsters have a total of five yellow eyes combined, I wanted to make sure I can light all five LEDs with one 3v battery. It worked. 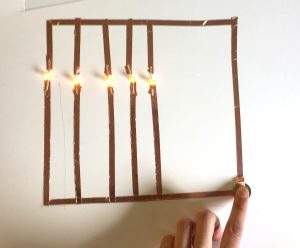 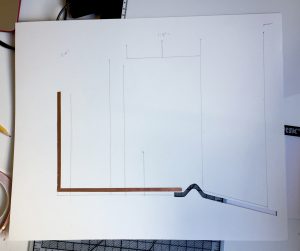 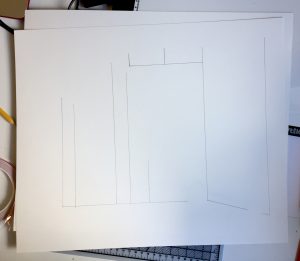 To keep the circuit from crossing with one another, and shorting them, I had to put a “rise” on the sheet. 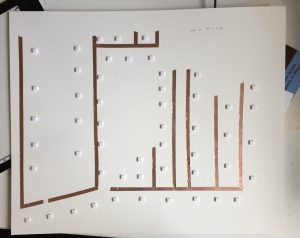 After I finished laying down the circuit, I had to put in the LEDs. This was the most difficult process. (I was so wrapped up in taping the LEDs down, I forgot to document this process.) This was especially difficult because I had to tape one leg of the LED to the top page, then do the same to the bottom page. I broke two LED legs while doing this, and I found that some of the LEDs weren’t getting any power. I also discovered that the connection needed to be soldered, otherwise they weren’t getting enough contact on the circuit to light up.

Once the LEDs were in place and working as the should, I placed all the characters in place. 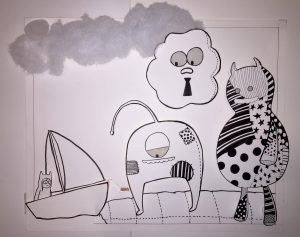 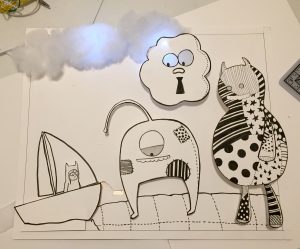 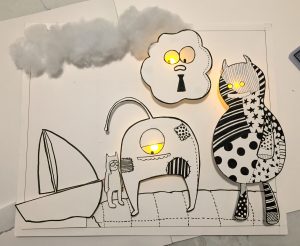 Here is a video of the interaction: