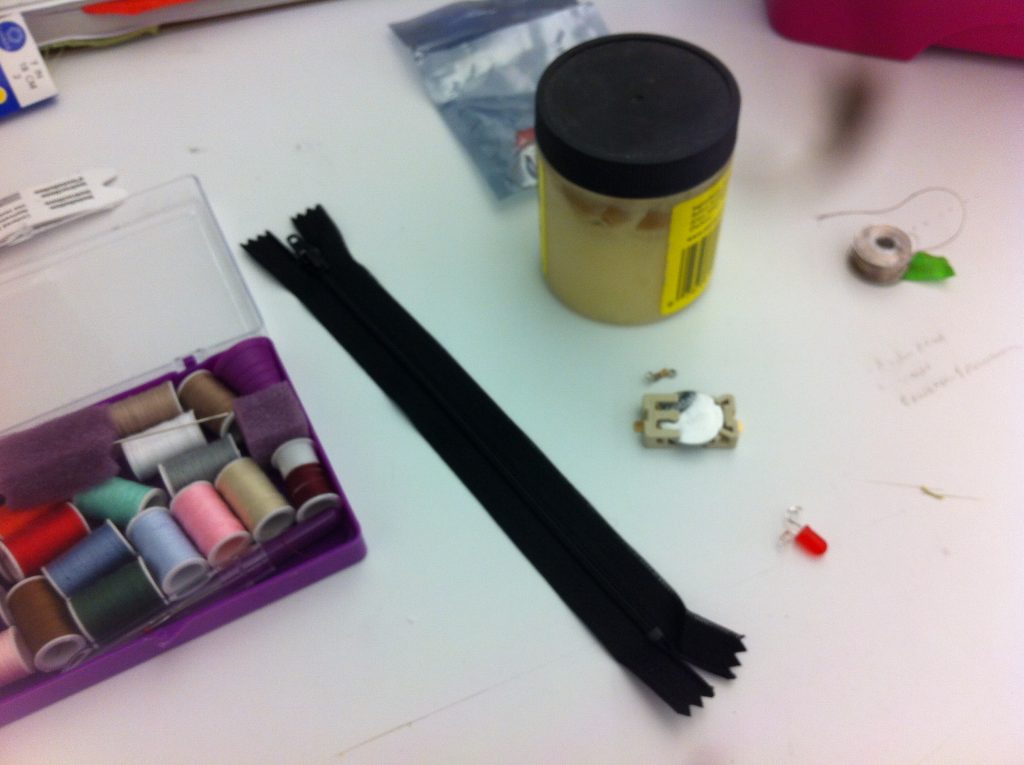 This is my entry documenting my second attempt at making a zipper switch. This time, I used a zipper with plastic teeth. I also brought beeswax (actually hair wax for dreadlocks) so that it can smoothen and tighten finicky conductive thread frayed ends. 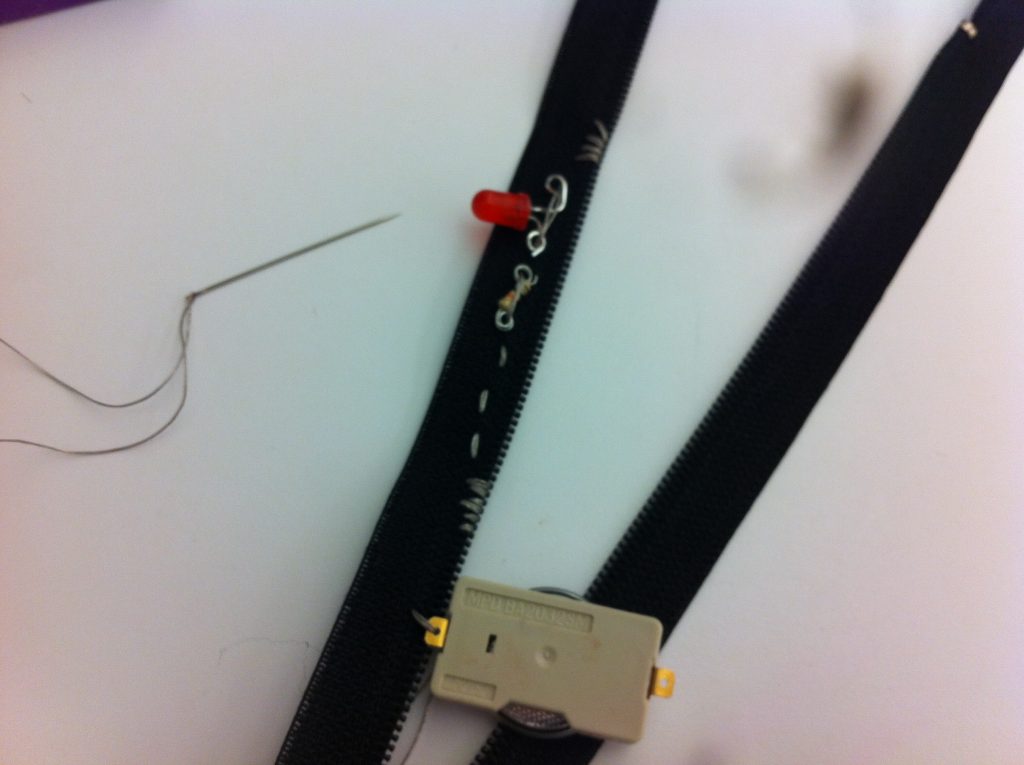 Threading conductive thread was still tricky, but I managed to sew the negative end of the battery through the underside of the zipper. And because it’s negative, I sewed the resistor and LED negative end into it. But if you’ll look closely, you’ll see I made the mistake of sowing through the positive end as well.

It’s tricky. When sowing, I got caught up with the idea of threading through the hole, not realizing that it would ruin the proper path of the circuit. 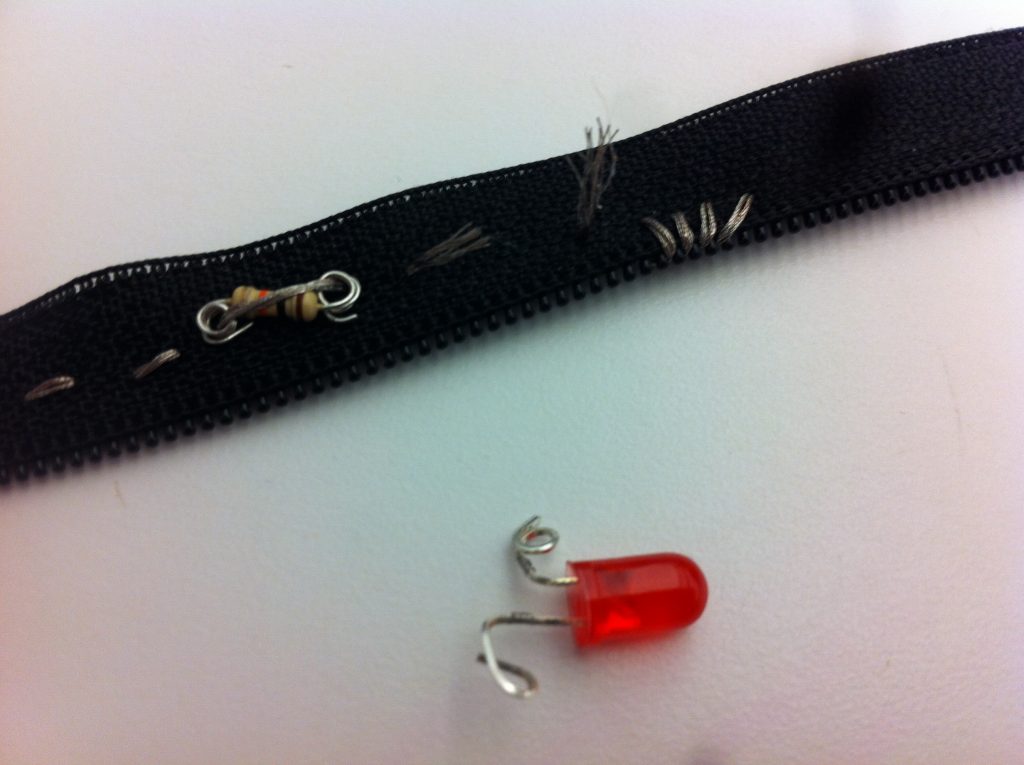 So I snipped the thread connecting the negative and positive ends of the LEDs. I would sow it with thread but not close it. 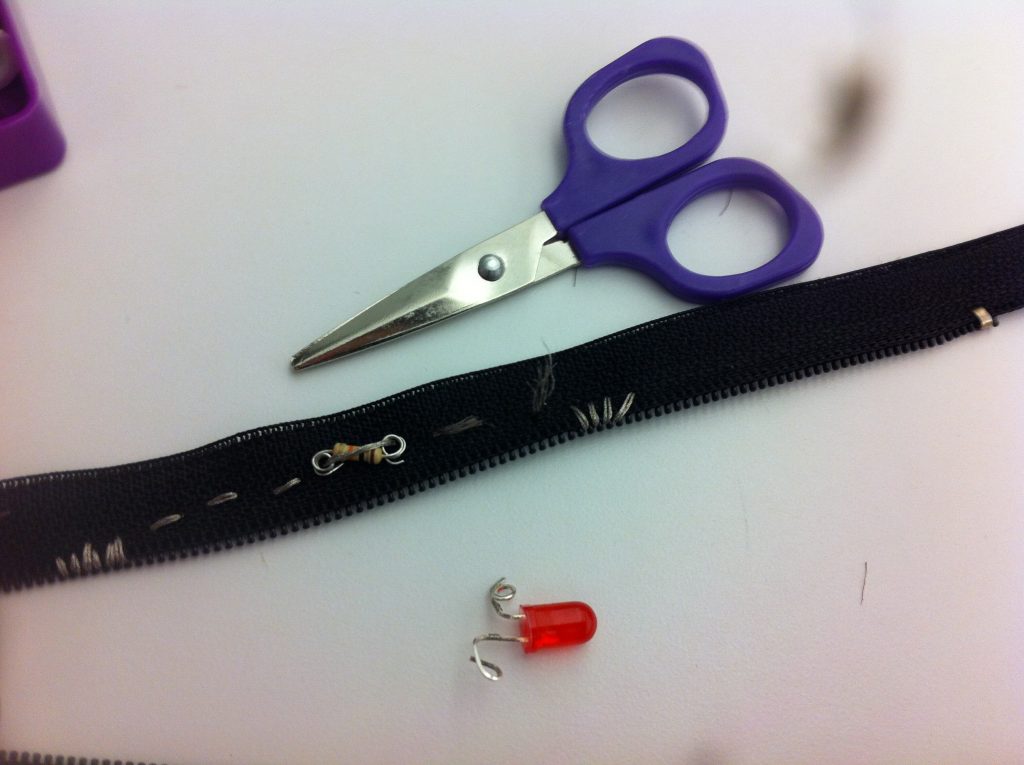 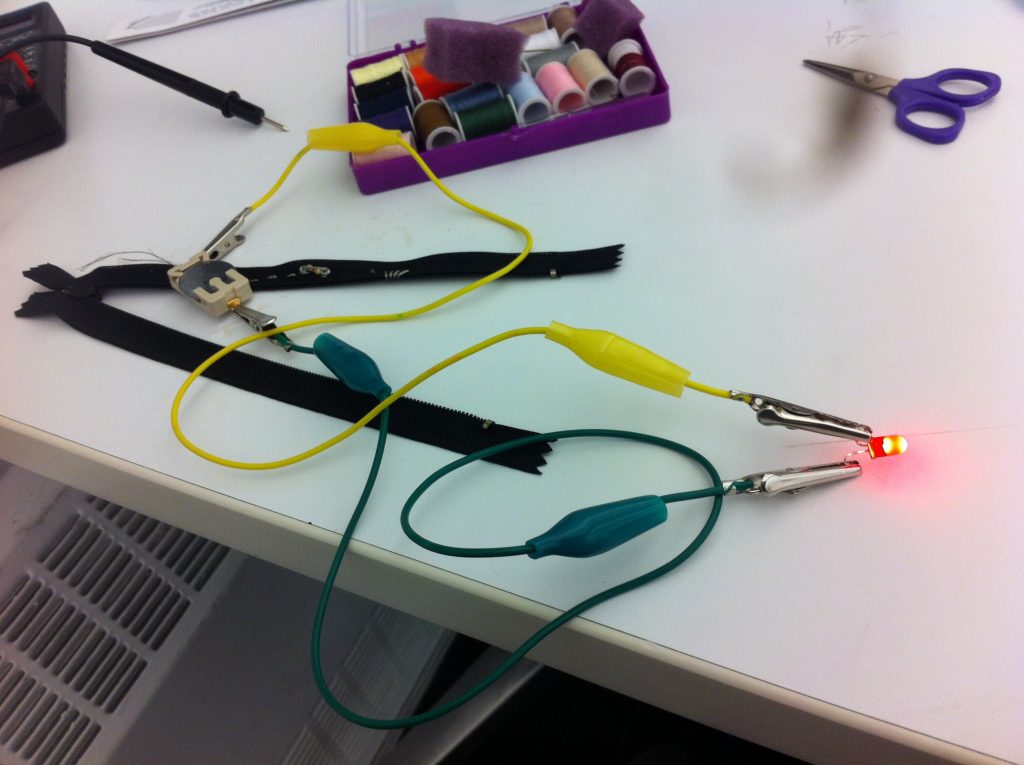 You can see here I tested the connectivity of the battery holder to see if the LED was working. 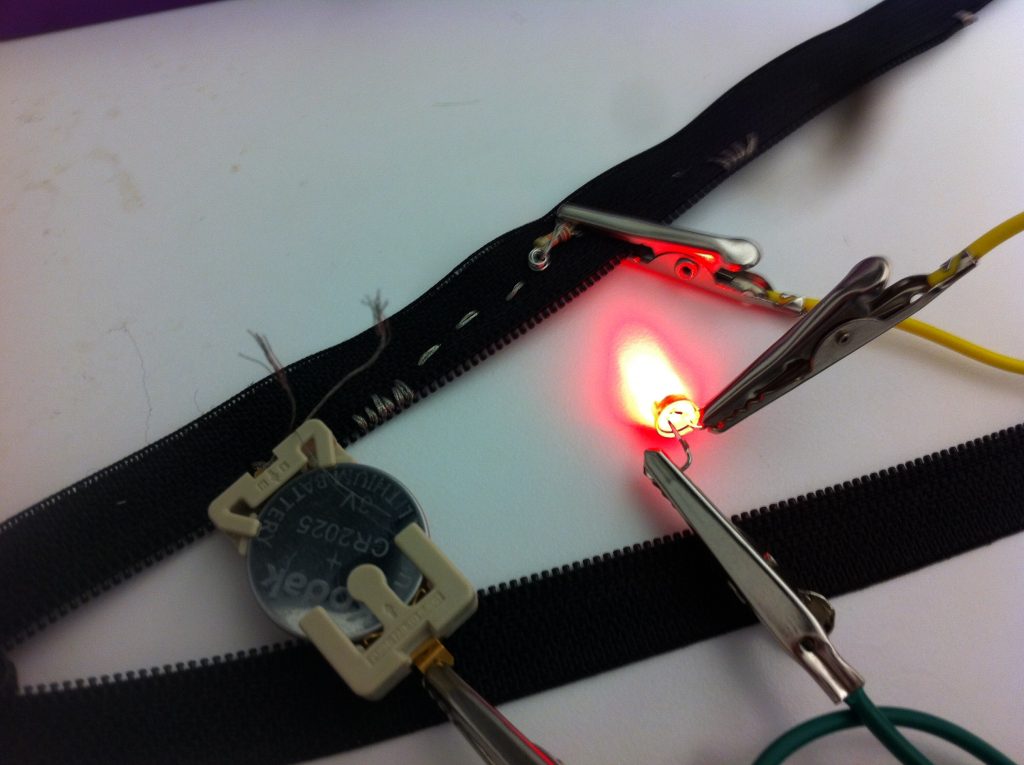 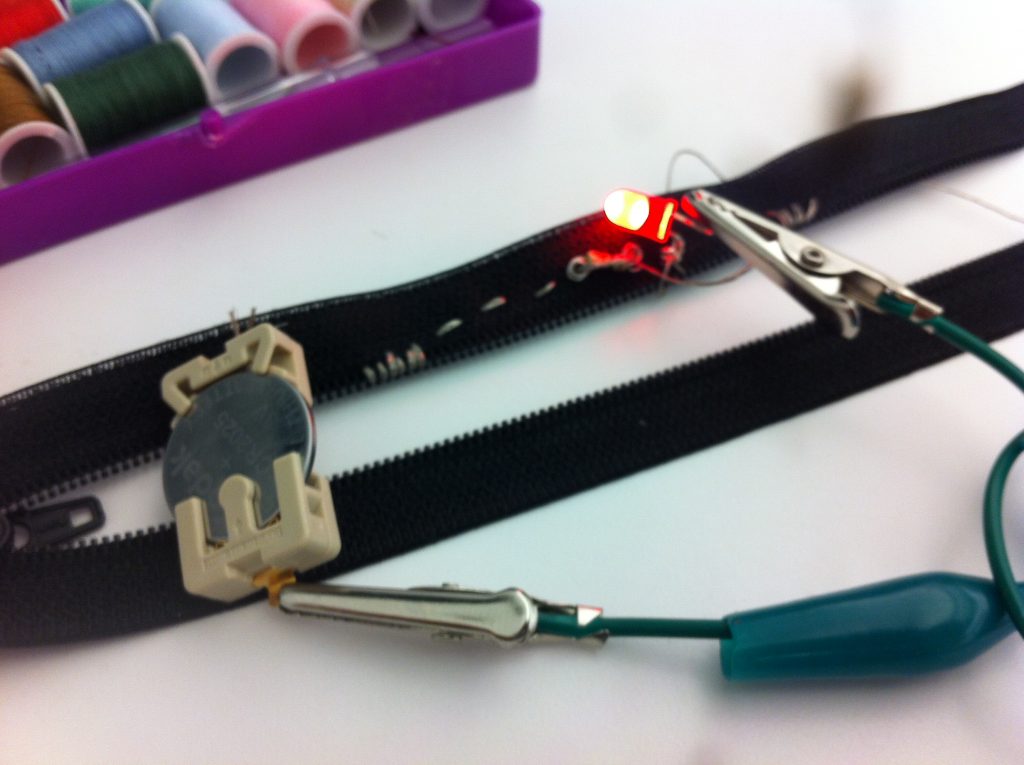 And here you’re seeing me test the connectivity of the positive leg that has been sown into the zipper with conductive thread. This time I left it open. And it works. 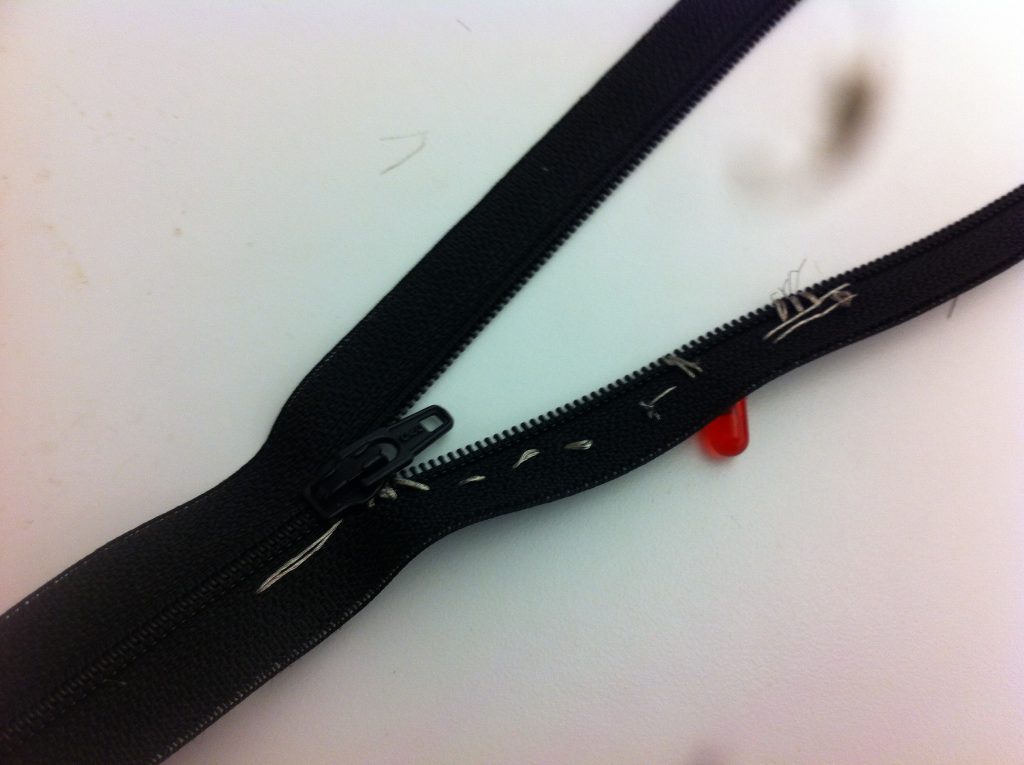 I sowed the thread with such a large gap between the teeth and thread that it doesn’t close up. Unlike Liza’s zipper switch, which is very carefully sowed to be as close to the teeth as possible, bridging it almost.

Zipping teeth this small is excruciatingly hard. Making a zipper switch is harder than it looks. It’s also painful in the fingers because I’m compelled to twist this and the zipper around to get the needle through. 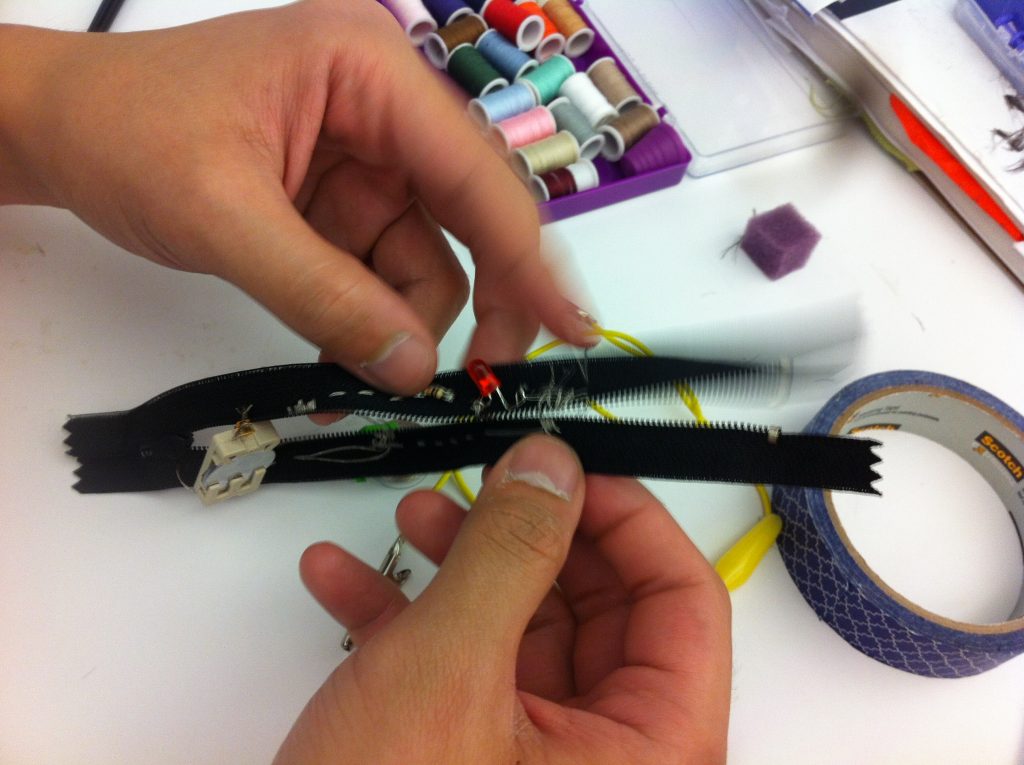 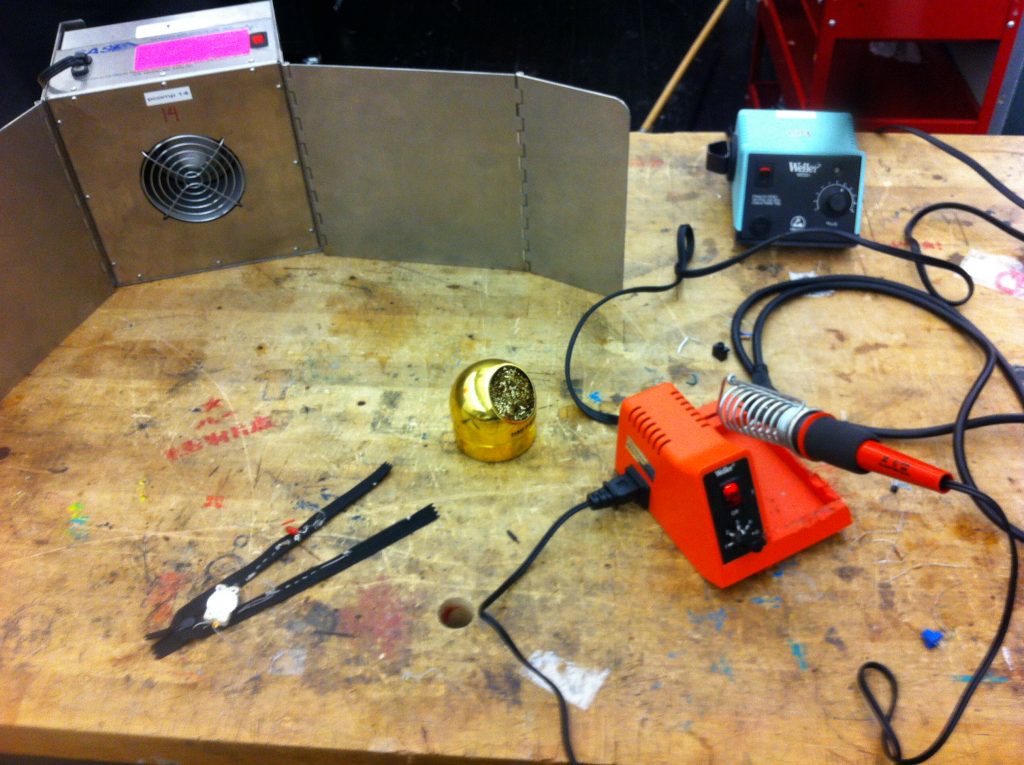 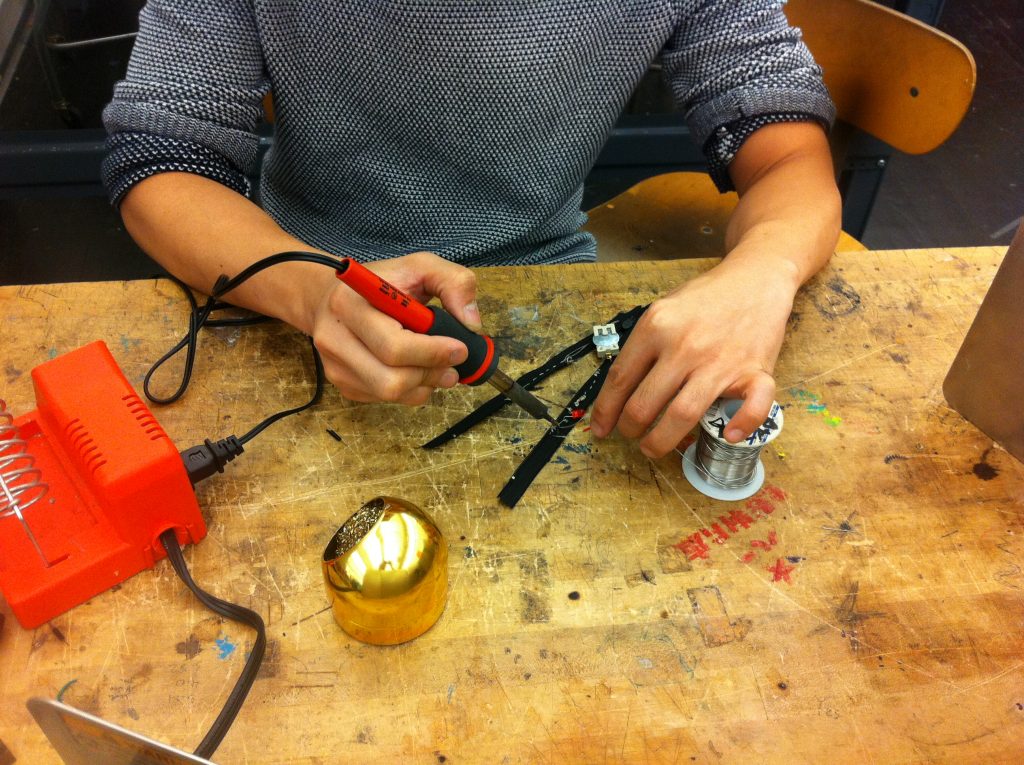 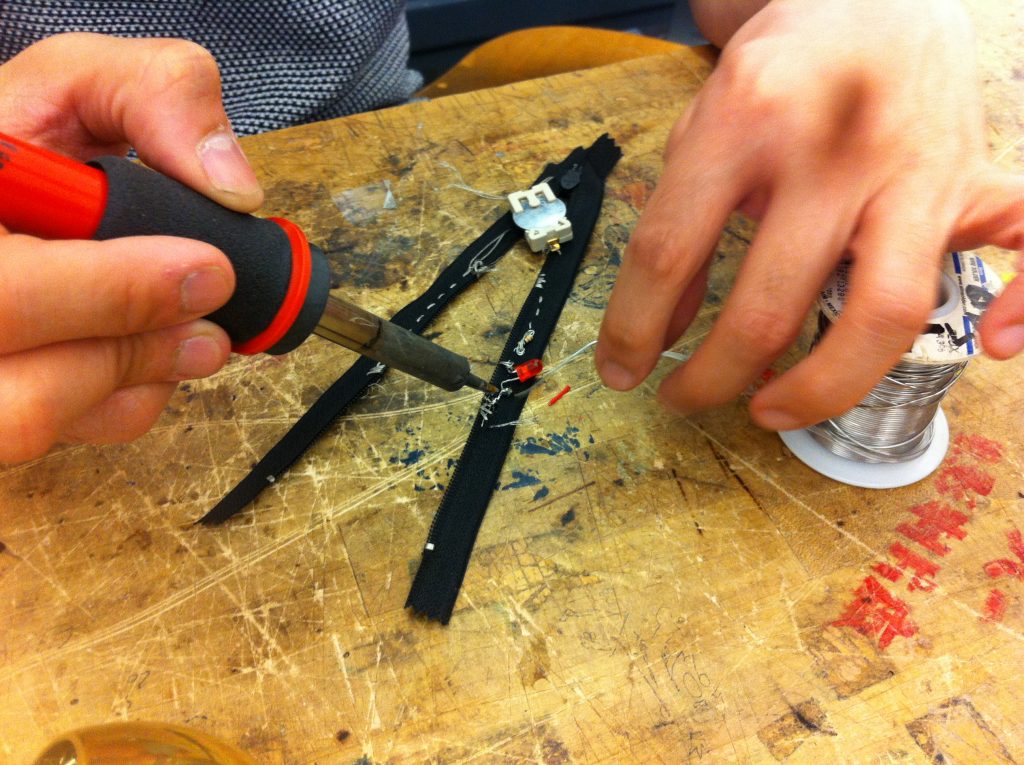 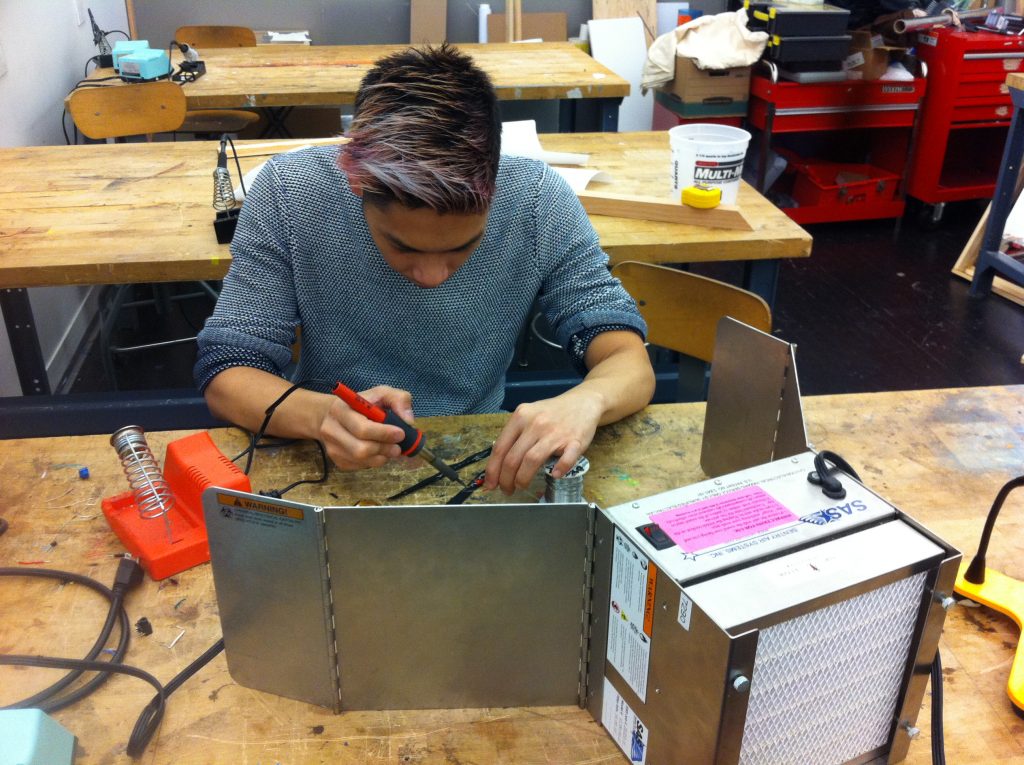 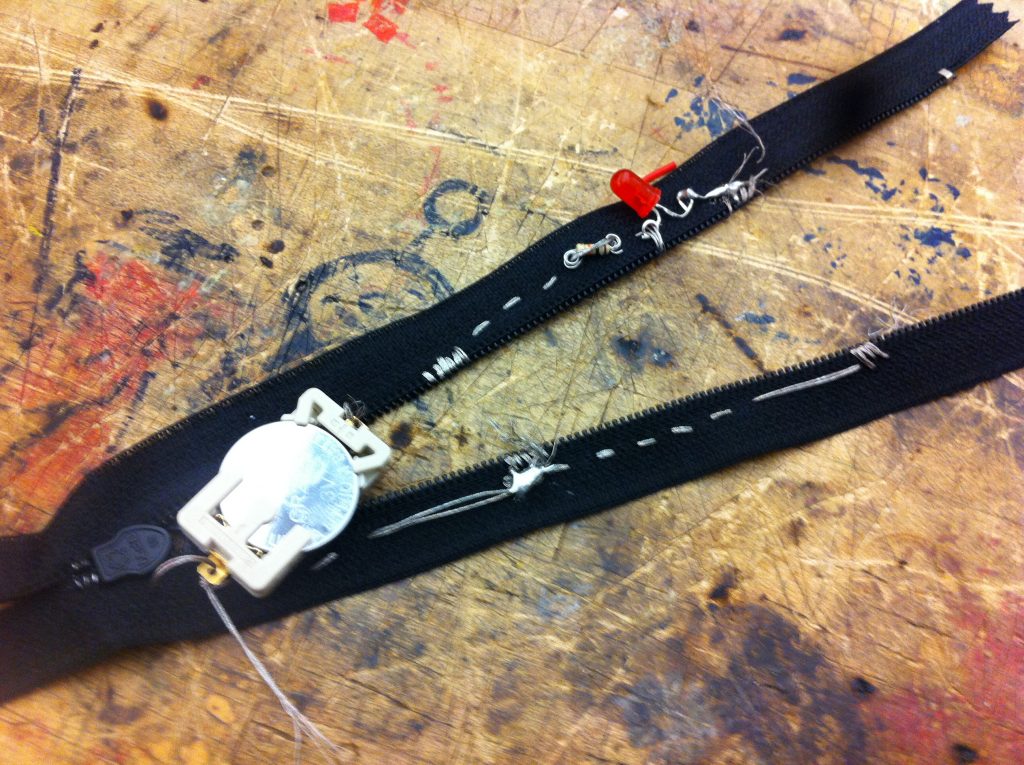 And there. With the loose ends soldered in… 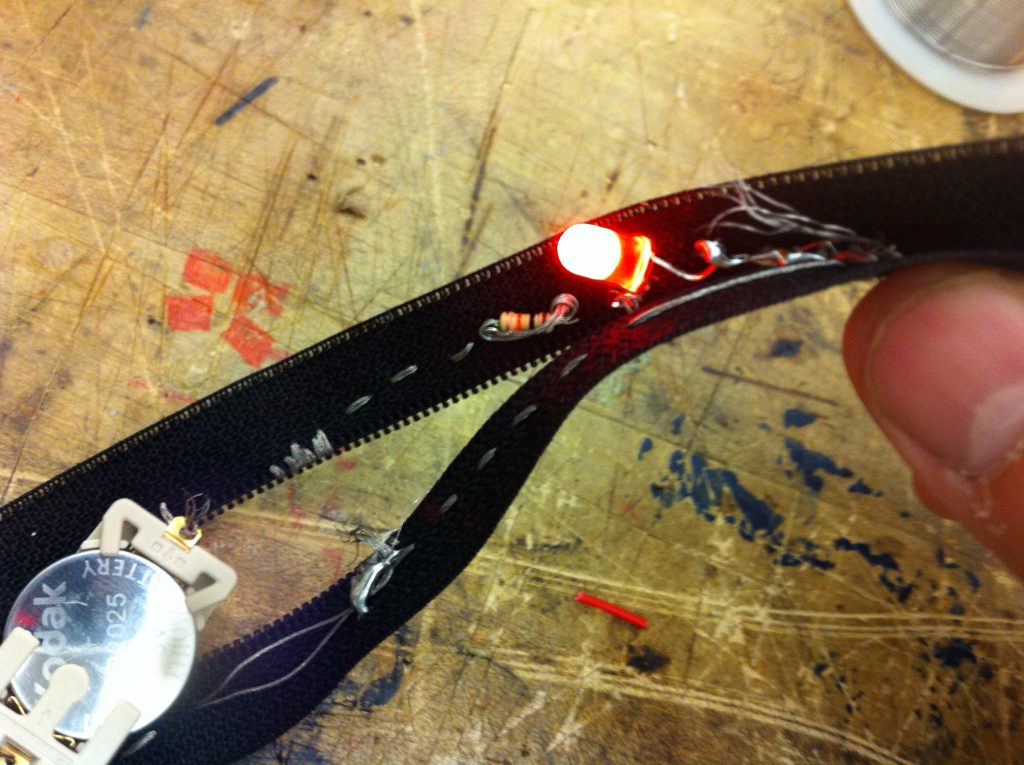 … the LED lights up when the circuit is closed.

Now that I’ve learned these, it’s off to buy another pair of plastic zippers. Little victories.