For this week I was inspired by the movie My Neighbor Totoro by Hayao Miyazaki, especially the bus that is in the shape of a cat (with a lot of legs). 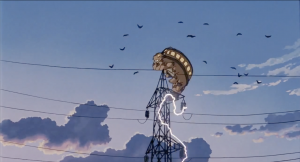 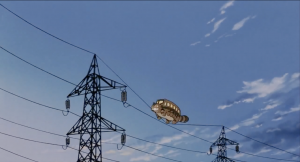 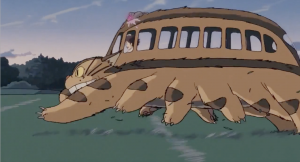 I want to recreate the scene in which the cat is running on a wire between two electricity pole and his windows were lit up. Originally I wanted to create a 3D poles but the paper I chose to laser cut was too thick. I glued the pieces on a piece of artboard instead. 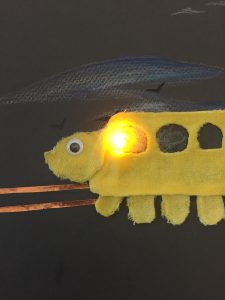 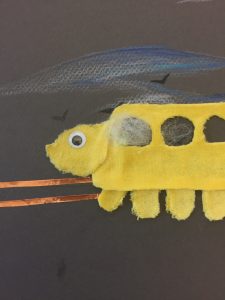 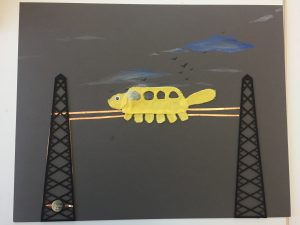 The copper tape was hidden under the laser-cut electricity pole and connects the 3V battery to the LED light inside the cat bus. See the video of how it works here: Video