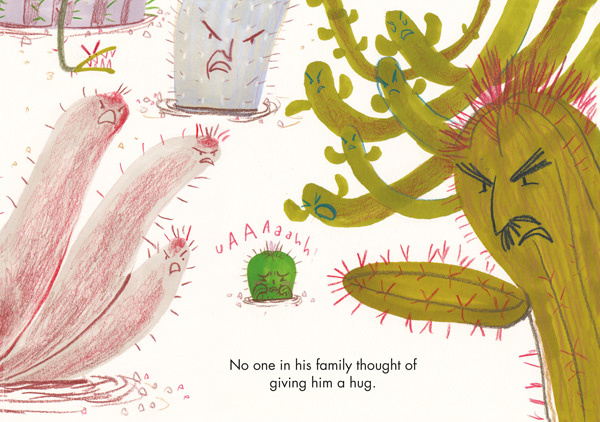 ‘No one in his family thought of giving him a hug.’
I chose a sentence from ‘Hug me’ by Simona Ciraolo.

It’s the story of the universal need for affection and friendship. I decided to give him a hug(touch). 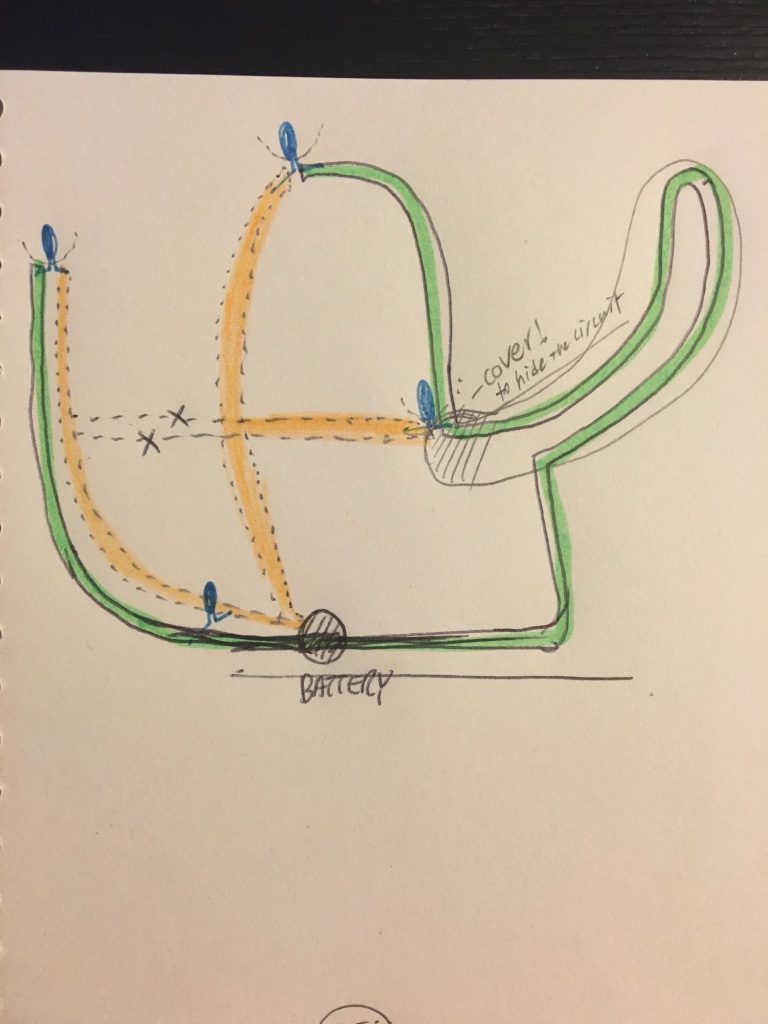 This is my sketch.

I imagined that the little cactus has a heart like a human. When it’s touched or pressed, the cactus react to it presenting its delight (by turning lightings on).
I tried to make a parallel circuit using only two lines, and linked each side of LED node with a line of copper tape passing through the cactus. 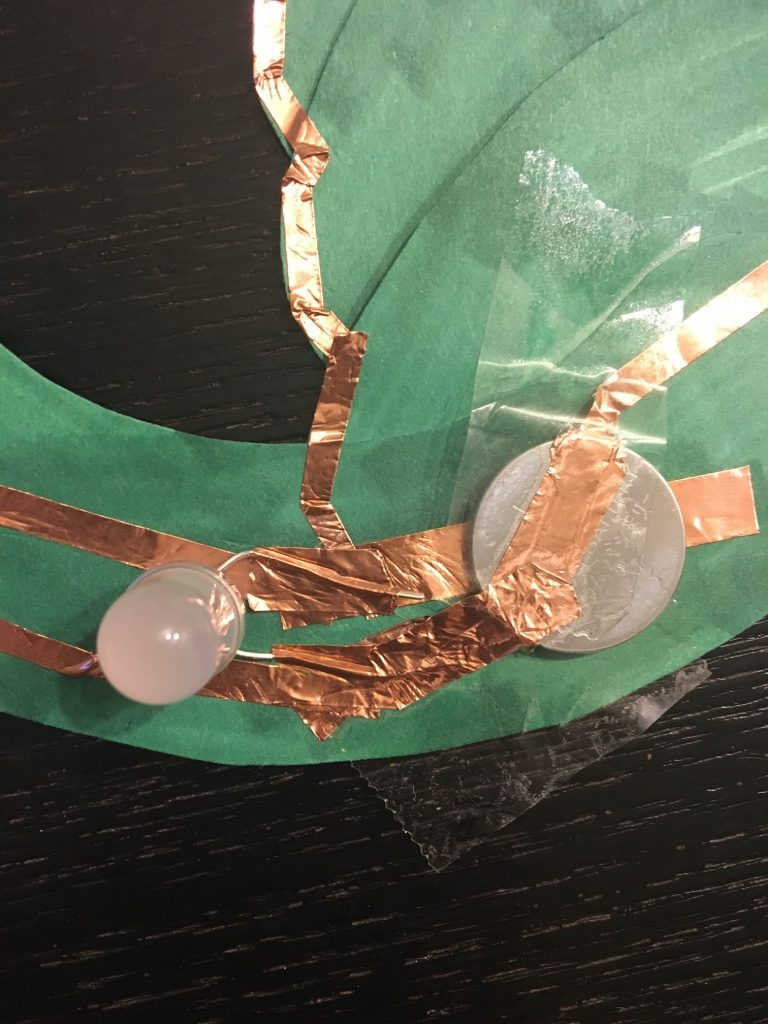 Since copper tape lines looked messy, I decided to hide them and the battery as well. So I overlapped the bottom of cut outs and also for hiding LED nodes, I covered them with paper flowers. 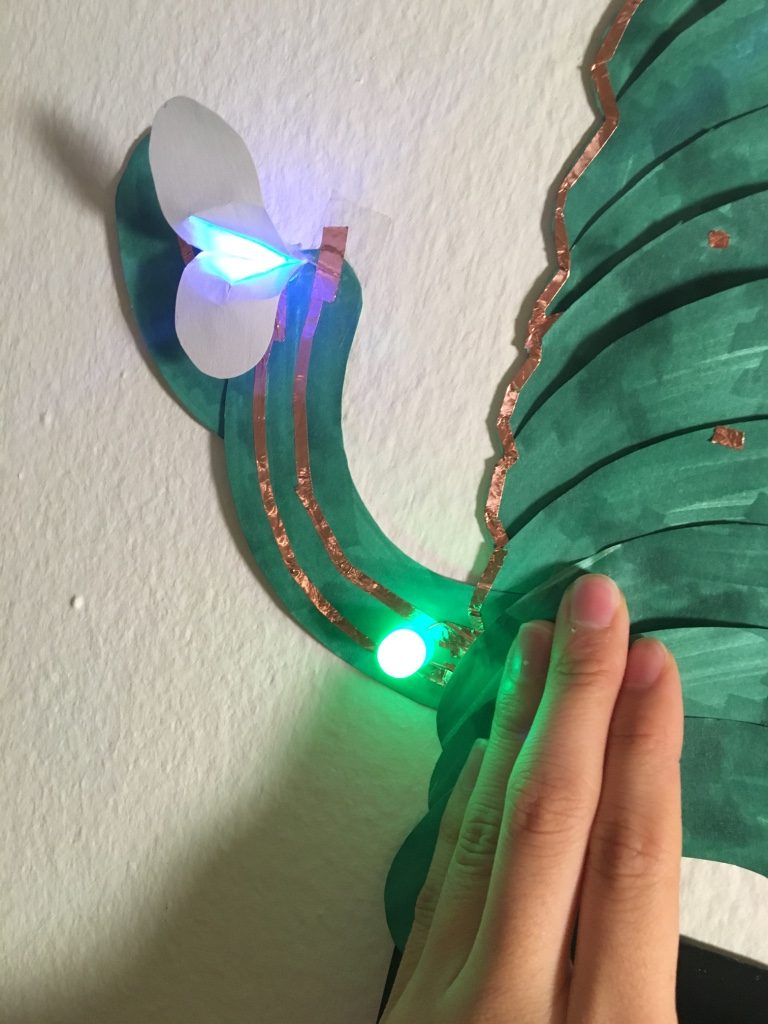 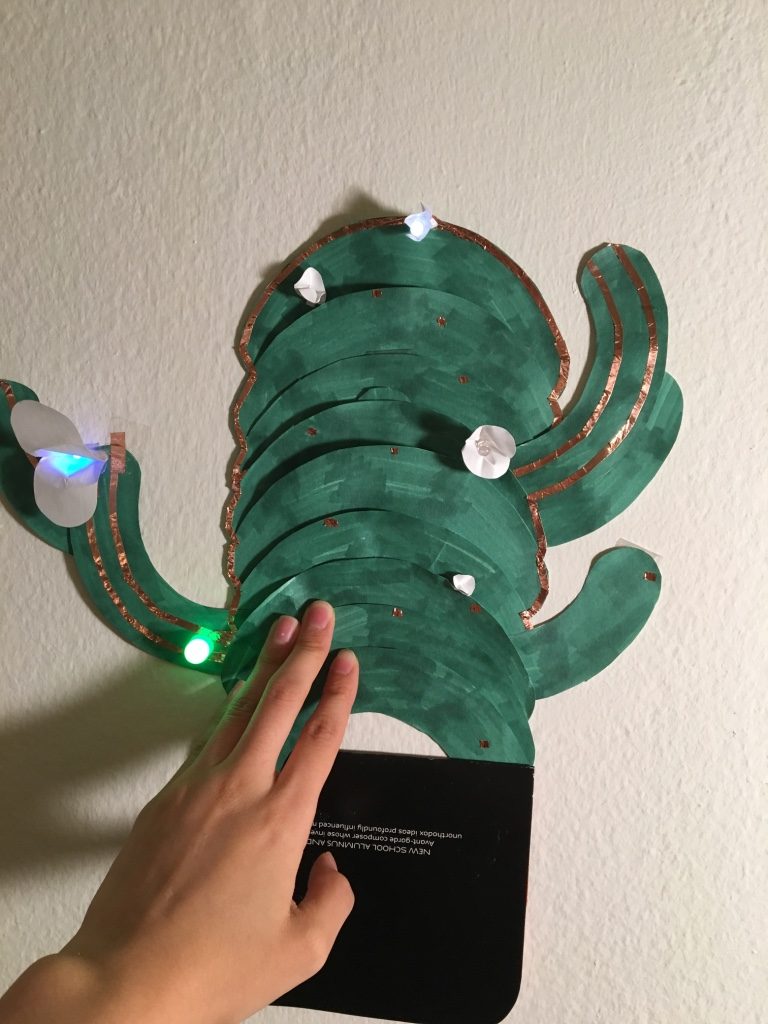 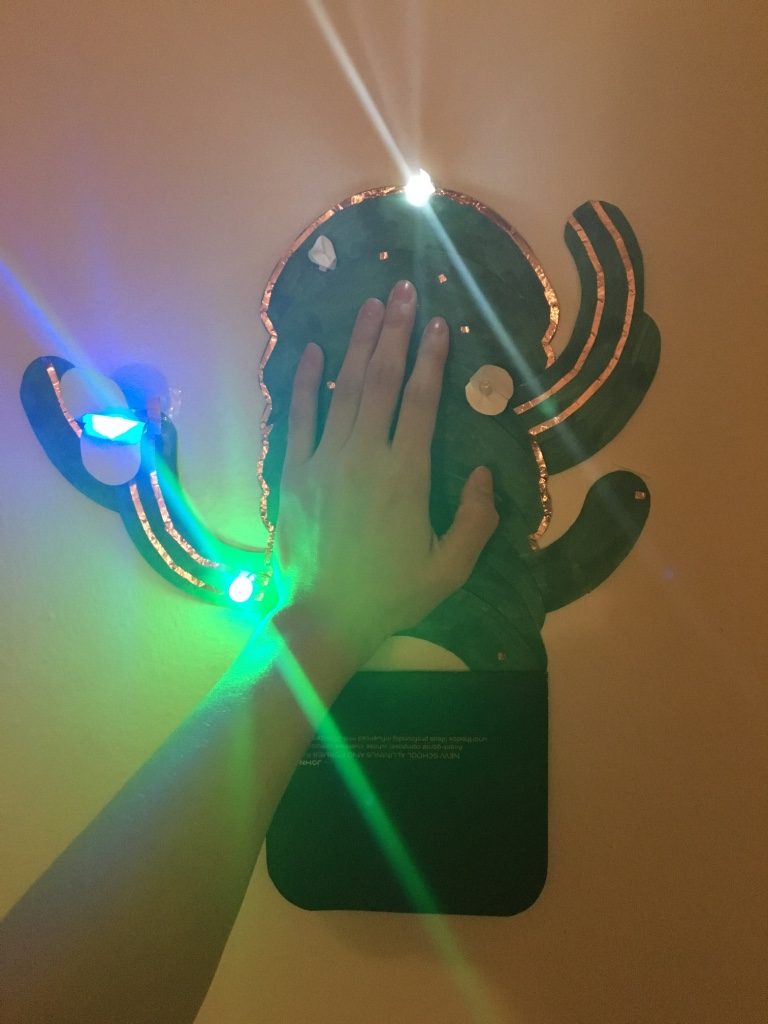