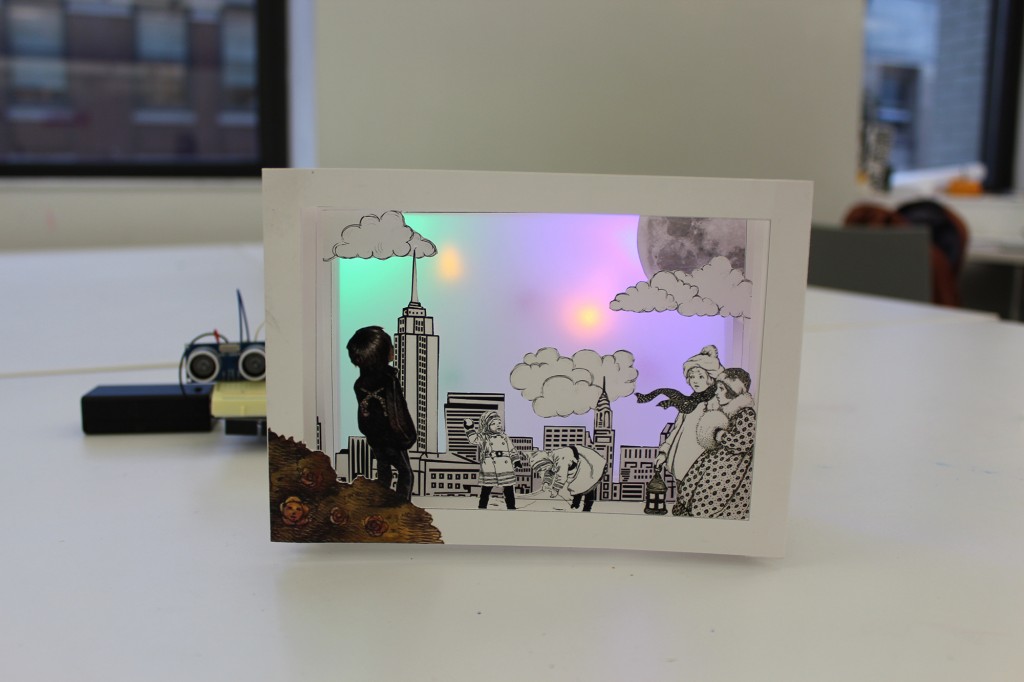 This tunnel book reveals a story based on my true life and feeling. I started studying abroad in 2006 and stayed away from my family for 7 years. Since I moved to New York last summer, I felt that nobody was around me and being alone. One day, I saw full moon on my way home and it shined light to me. The book tells you that you are not alone because someone in where else think about you and don’t feel like a loser.

For my final assignment, I collaborated my book art skill to technology. Compared to other technologies such as speaker or flexinol wire, my strongest point I learned in this class was LED. So, I tried to nurture my strength and made this interactive book.

There were several goals for this project. First, I wanted to explore my artistic aspects with technology. I had an idea that it would be cool if fine art met electronic stuffs. I had some experiences of making books but never made any interactive books. This was why I grafted technology with book.

Second, I wanted to make something with Arduino. I used to be afraid of Arduino because it was hard to use and complicated for me. During the class, I preferred to make something without Arduino because I could create interesting projects with only copper tapes and batteries. For example, I made lamps like this way for my midterm project. However, I decided to beat fears of Arduino during this semester because running away from something that I didn’t want to do didn’t help me. 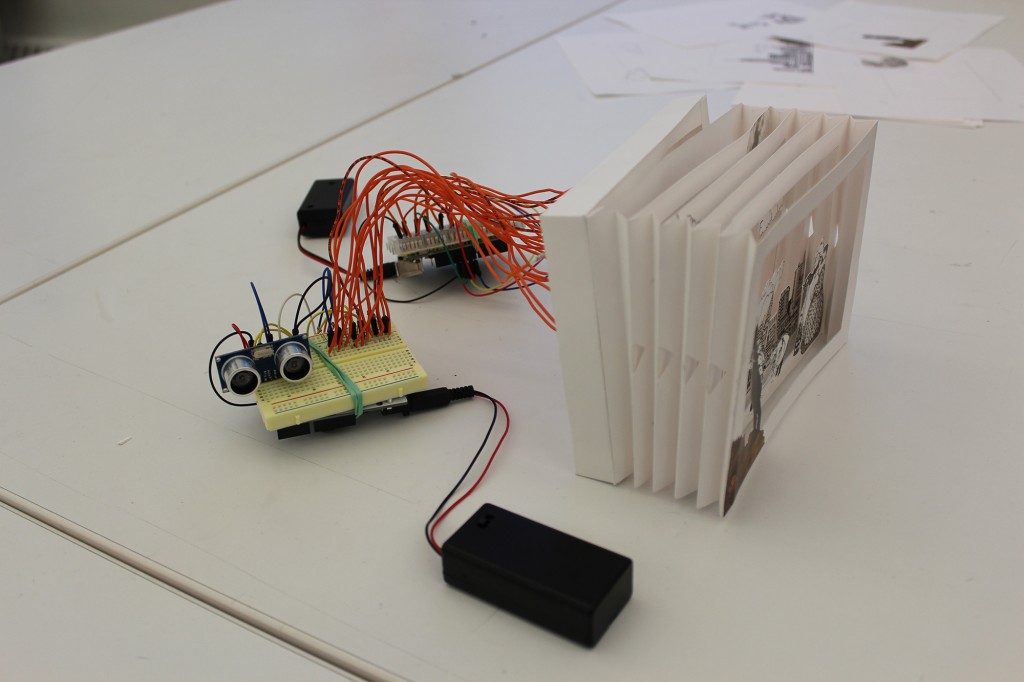 This book is operated with two Arduinos. One is for blinking, and the other is with distance sensor. I just used blink code from Arduino examples library, but the second code was pretty complicated because I had to calculate distance where LED lights on.