Here is the link to my instructable: http://www.instructables.com/id/Crafting-a-Hat-Headlamp/

I started this project with two options, one was a pair of mittens with fade in/fade out led lights for bike riders  while the other option was to build a hat with a lamp hovering over it to read at night within a personal space. 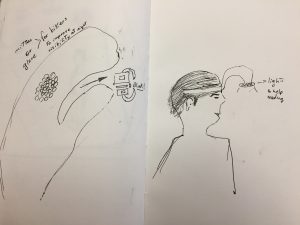 Then, I decided I could make a better circuit with the hat to make a touch sensitive sensor to turn the lights on and off as well as intensifying or dimming the lights. The parts I planned to use for my circuit were white neo pixel LED’s, 1 3v battery, an ATTiny, conductive thread, copper fabric, conductive tape, cotton fabric, and black cotton thread. 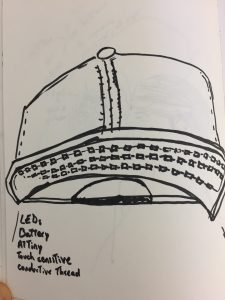 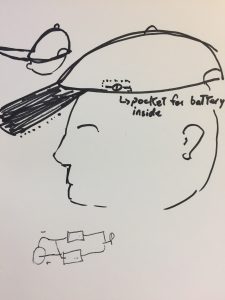 I could not program my ATTiny so had to make some changes to be able to create a touch switch on and off. To build my switch I cut two squares of conductive fabric and sewed to a piece of fabric which I would sew onto the inside of hat. I used conductive fabric to sew my two pieces. 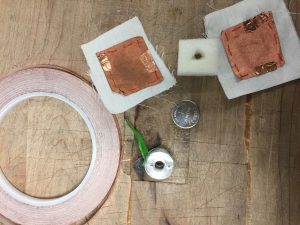 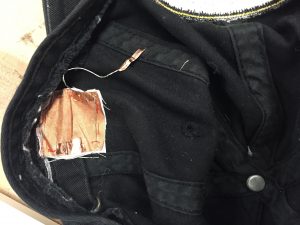 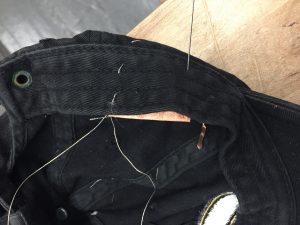 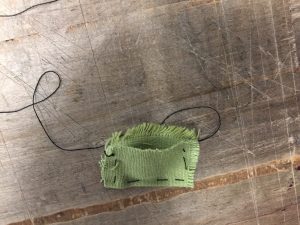 Then, I build a little pocket to hold my 3v battery in which I also put two pieces of copper tape on each side. Right after, I knotted two strings of conductive fabric inside on both the power and ground sides to lead my circuit. I sewed in the battery pocket with black thread to blend in with the hat. 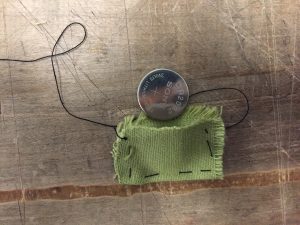 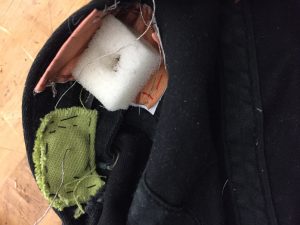 I sewed in the positive side of the battery around the hat through the back and the negative side on the front side. Then, placed 4 LED’s instead of the neopixels because I purchased nano neopixels which were too small to solder on the hat. I soldered the conductive thread (which was really difficult to not burn, so kept the heat to the minimum) on each ground and positive ends. 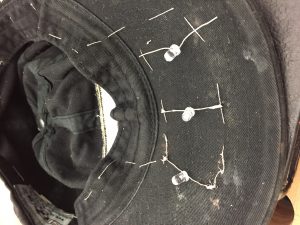 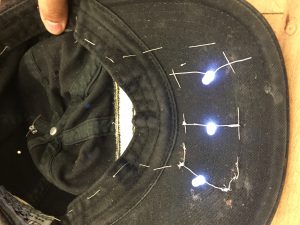 Below is the video showing the functionality of the hat. The next iteration will have an programmed attiny.